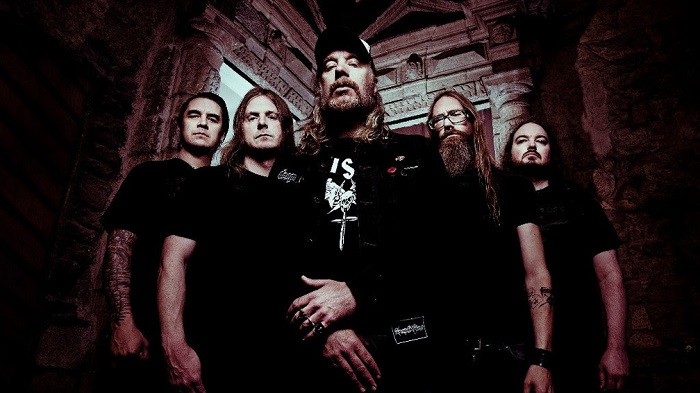 Comebacks are a weird thing. Expectations are elevated to an impossibly high level, and when every little bit of one’s hopes are not met, it can feel like a real letdown. Sometimes it’s better to let the past be the past, though for every handful of failures, there’s a reunion that makes sense and works.

Legendary Swedish melodic death metal crew At the Gates fall in the category of restarts that were worth it for sure. Their second half started with live shows to give their fans, some of whom were very young or not even born during the band’s heyday, a chance to hear the classic again. Then came 2014’s “At War With Reality,” an album that came a mere 19 years after their genre-defining classic “Slaughter of the Soul,” and to be honest, I didn’t really feel it. It wasn’t a bad record at all, but there are so many bands that have imitated their formula, that it didn’t feel urgent enough to rise above their millions of followers. Now, four years later, the band hits back with “To Drink From the Night Itself,” a record that feels like the proper follow-up to the classic days, a rager that will turn your eyes black. The band had a major shift with guitarist/primary songwriter Anders Björler leaving the fold, dropping his duties into his bassist brother Jonas’ hands. He and vocalist Tomas Lindberg were the main directors of this killer record, and along with new guitarist Jonas Stålhammar (Bombs of Hades, Crippled Black Phoenix, The Lurking Fear), guitarist Martin Larsson, and drummer Adrian Erlandsson, the group created a classic-sounding AtG record focusing on art as a primary motivator behind change and expression of emotions, especially within out currently fractured societies. This record is a fucking battle cry. 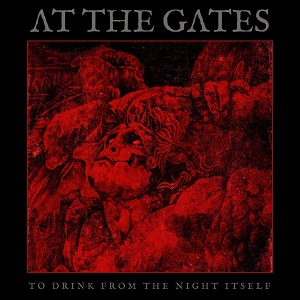 “Der Widerstand” is an instrumental opening directly drawn from Peter Weiss’ novel “The Aesthetics of Resistance,” the text that inspired the entire album, and it’s built with stirring strings and a female voice calling out, leading its way to the thunderous title track, a song that could do down as a live classic for years to come. It’s bludgeoning and devastating, with a simple chorus of Lindberg rapid fire howling the song’s title, and this one will sound great on a summer night, live, with strong brew in hand. “A Stare Bound in Stone” has a cool riff with punishing verses that reek of classic death. A quick cooldown is followed by the track lightning up again, throwing jabs, and going out on the chime of a doom bell. “Palace of Lepers” again brings the heavy riffs, with Lindberg howling about “inescapable death,” and from there the guitars march, and a gazey solo leaves you hypnotized. “Daggers of Black Haze” has keys dripping ice pellets and riffs spiraling before the band dishes out a beating. Later on, acoustics bring a rustic feel, but out of that the soloing ignites, and Lindberg’s scarred screams penetrate the soul. “The Chasm” has stunning guitar work and a gnarly pace that pulls no punches. The soloing has a classic metal flavor, as the song barrels toward its grave.

“In Nameless Sleep” grinds away while the leads catch fire, and the speedy verses cause heads to spin. A quick clean sequence leads to the band returning with a chugging intensity, giving the song a death-defying end. “The Colours of the Beast” is even darker, with an ominous riff entering your bloodstream and the chorus surging. The track is sinister yet melodic, and later some strange effects on Lindberg’s voices adds alien weirdness to a track that drips blackness. “A Labyrinth of Tombs” punches open with guitars shredding, savage vocals, and an essence that feels like heyday AtG. The track stays on this volcanic pace, crushing you to the very end. “Seas of Starvation” smudges, with filthy growls leading the way and the guitars gushing emotion amid sparks flying. “In Death They Shall Burn” quivers and delivers fury, also falling in line with tried-and-true At the Gates sound. The riffs bleed melody, while the vocals send echoes, and the higher gear at the end of the song leaves a pile of cinders behind. Closer “The Mirror Black” is an interesting change of pace, as colder guitars bring rain, and the pulled-back chorus pays off the darkness afoot. Strings sweep in later, as eerie noises, classical-style composition, and strange whispering bring this record to a somber end.

At the Gates’ story would have felt complete to most people had they never recorded another note after “Slaughter” and just done tours here and there, but no way that would have been satisfying to this band. Instead, we get fireball hurlers such as “To Drink From the Night Itself” to keep the band alive, vital, and killing. It’s amazing to have these legends among us producing killer content at a high level, and they don’t sound anywhere near running out of motivation.

For more on the band, go here: http://atthegates.se/