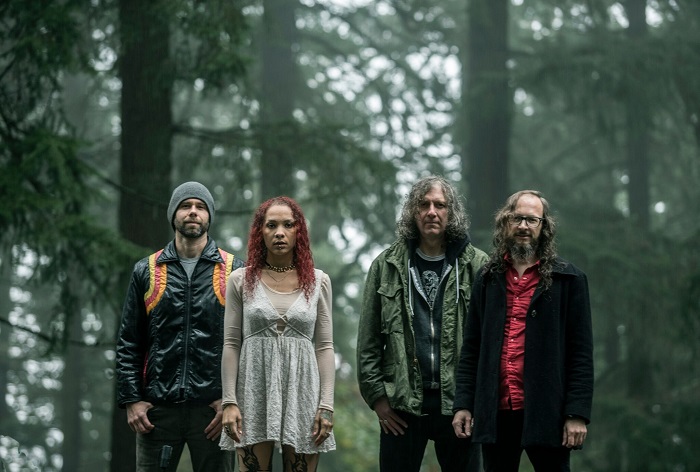 In music, as in all life, change is inevitable. It’s rare when a band goes its entire run and keeps its lineup fully intact, and it’s expected that parts are going to drop off here and there with the machine moving forward. Even metal’s great beasts such as Iron Maiden, Judas Priest, and Black Sabbath dealt with this, so no one is immune.

In 2014, Witch Mountain fans were stunned to learn singer Uta Plotkin has decided to move on from the band to pursue other interests. They were coming off the heels of that year’s excellent “Mobile of Angels,” and it seemed like things were ready to take off. Nonetheless, the band kept moving forward, and they rang up another stunner when it was announced then-19-year-old singer Kayla Dixon was joining the fold to take Plotkin’s place. Dixon was an unknown entity at the time, and many wondered how and if she was capable of taking the reins from a singer with the power and charisma Plotkin had and form a new version of Witch Mountain with guitarist Rob Wrong, drummer Nathan Carson, and bassist Justin Brown. Those questions were buried in the rubble for anyone who saw this lineup live, as they sounded as strong as ever, and Dixon seemed to own her role with dominance. Now, with the band’s fifth record, a self-titled collection, ready to drop, any worries that Dixon isn’t the real deal will be blown to bits. This is a smokier, more soulful Witch Mountain, with a lot of credit heaped her way for her sweltering performance. This record easily should find favor with their longtime fans.

“Midnight” opens the record and is a destroyer, with the band blasting you with bluesy doom attitude, and Dixon taking command right away. “You can crawl all the way to your hole in the ground, I’ll help you down,” she wails, spitting venom all the way. The guitar work is strong and soars into the clouds, while their foggy doom visions rise up and come to a surprisingly grisly end. Then we’re into a punchy cover Spirit’s 1968 cut “Mechanical World,” one that gets treated with some Led Zep-style stomp that gives the track even more life (the guitars stand in for the horn pumps, basically). Dixon injects darkness into the lines, “Somebody tell my father that I died, somebody tell my mother that I cried,” as the band surrounds her with jolting guitar work, a trip later into dreamland, and then a final jarring blast.

“Burn You Down” has been out in the world for a bit, as it was released as a single in 2016, and it maintains its cosmic strangeness and slow-simmering aura. As the song moves on, so does the tempo, and Dixon’s voice reaches out, demanding, “Remember my name!” Later she delivers some sinister, gnarly growls, while the band stirs the pot and gives off an abundance of steam. “Break yourself down!” Dixon calls, while the guitars boil, and static takes us out. “Hellfire” is an interesting one, as it’s built on winds simmering, the track delivering a smooth jazz feel, and Dixon’s sultry singing that shows she’s capable of giving this band a far different personality. It’s short but sweet. Closer “Nighthawk” is the 14:17-long closer, as thick bass and echoing guitars greet you and drag you on the journey. The track pulls the tempo back and forth, sometimes bleeding slowly, and at others going for the throat. Dixon trades off between clean singing and hissed growls, with the song later slowing down and entering psychedelic tunnels. Dixon’s earthy cries and the band’s burning approach bring the heat, ending the record on a melting note.

It’s great to hear Witch Mountain sounding massive and swaggering after losing a vital member of the band, and with Dixon in the fold, they can take things in different directions. You can hear a lot of that on this record, and it’s going to be fun to hear how they shape and shift on future albums. This is a fun, blistering record that brings the humidity and leaves your skin a little scorched.

For more on the band, go here: https://www.facebook.com/witchmountain