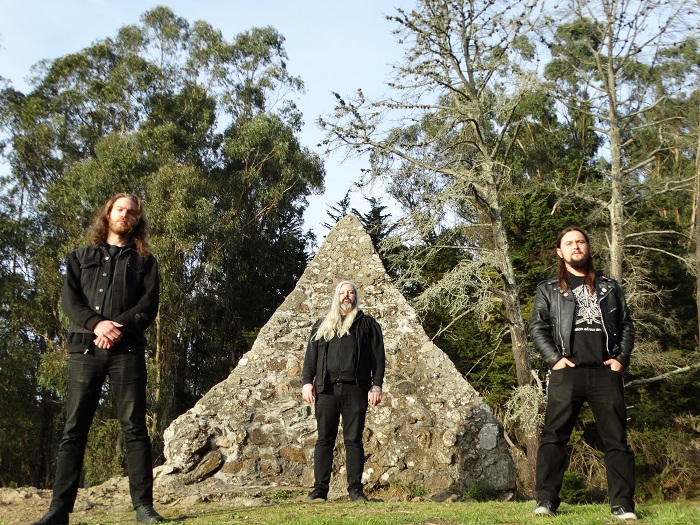 The darkest days of the year are ahead, and the time most of us spend reveling on blood, horror, and death is upon us. All the strangest, most bizarre situations one can imagine likely are playing across TV screens flashing over darkened rooms, as people let their fears get the best of them. Yet, the scariest of situations are things most human minds likely cannot imagine.

Festering on “Cosmovore,” the debut record from Bay Area death horde Ulthar, are stories of supernatural horrors, the type that keep people with overly active imaginations up at night. The band’s hammering yet surreal brand of death metal mixes the best of brutality and chilling fantasy. Over the course of six tracks and about 40 minutes, the band unleashes a heavy, yet mesmerizing onslaught of sound that does an excellent job keeping your ears blistered for its entire run time but also lets your mind wander into planes beyond, where the bloodshed and terror are unlike anything you witness in ordinary life. Along the way, the band—guitarist/vocalist/sample specialist Shelby Lermo (Extremity, Vastum), bassist/vocalist Steve Peacock (Mastery, Pale Chalice, and Pandiscordian Necrogenesis, with whom we visited yesterday), and drummer Justin Ennis (Ruine, Void Omnia)—keeps its assault relentless, and even when you’re heading into the beyond, there’s never sense of calm. It’s always fear. 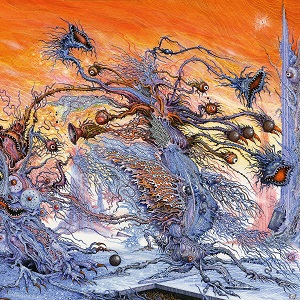 The title track opens the record by tearing right into flesh, as sick wails and death growls mix, and the band thrashes away heavily. The pace starts to steamroll, as the band swims into doomy death, and the riffs catch fire. Horrifying growls erupt, while the track extends the hell, and it all ends in a pit of cosmic synth. “Solitarian” is an instant explosion, with belchy growls barreling and the riffs slicing away. The tempo grows more compelling as it goes, as the band delivers devastation and sinewy guitars. Out of that is a burst of rage, which blinds you and keeps smothering until the end. “Infinite Cold Distance” has chilly, spindling riffs, with the drums thundering away. The growls scrape, feeling like they’re aiming to shred vocal cords, while the guitars speed along and leave you dizzy. Deep growls and fierce shrieks team up, while the cut comes to a punishing end.

“Entropy-Atrophy” has tricky guitar work that makes the mind spin before the song quakes, and savage growls tear away at the flesh. The song bleeds into black metal-style melodies, as the vocals pierce and punish, and the pace goes catapulting off a cliff. The distortion bleeds and scathes before the track goes into a horror scope of synthesizers. “Asymmetric Warfare” heads into infernal mode right away, as scathing shrieks pound away, and the pace is hammering and relentless. The drumming pulverizes, while nastiness spreads like a plague, and then, everything goes into full delirium with guitars ringing out, and the track coming to a crushing end. “Dunwich Whore” closes the record, and it’s the longest track here, clocking in at 13:26. The opening is strange and takes some time to set up an atmosphere, and once it does, the band hits a doomy boil or disorienting sludge. As it progresses, more black metal power is launched, as shrieks and growls work in tandem again, and the tempo grows volatile. Hoarse growls deliver fury, while the song speeds ahead dangerously, stampeding over everything in front of it. What’s left is torn flesh and broken bones, while the song dissolves into a cosmic cloud of synth that rises above the earth and fades away.

Ulthar’s punishing, horrific debut record “Cosmovore” should do death metal listeners well as the spookiest stretch of our year arrives and we look to up the ante of terror. The chaos is spread thick on these tracks, and the sense of dread is impossible to shake. This has been a banner year for death metal, and Ulthar are making their case for being one of the bloodiest new entrants into the skull-destroying terrain.

For more on the label, go here: https://www.facebook.com/20buckspin