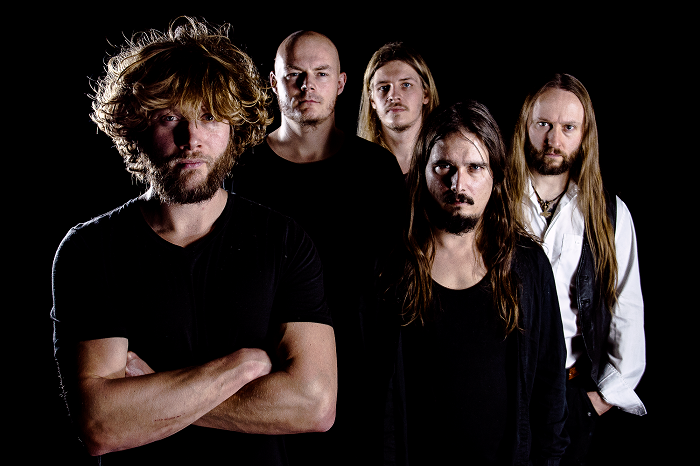 Heavy metal is fucking law, baby, and before it splintered off into a million different directions, it was a very defined thing that united the downtrodden and forgotten to a place of great power. I mean, it still can, at least when some dork edge lord isn’t wheezing opposition. Yet, magic can happen, and sometimes we get to bask in the glory of true heavy metal

So, here come Altar of Oblivion with their killer third record “The Seven Spirits” that, if you can’t have fun listening, you perhaps should trade in your heart for a working model. It’s been nearly 15 years since this band first assaulted us all the way from Denmark, and their style is just killer. It’s also been seven long years since we last heard from the band on 2012’s “Grand Gesture of Defiance,” so it’s been a long time coming that we got some new shit. That’s not to speak ill of the band. You can’t snap your fingers and demand what we get on this seven-track, 41-minute album, but it’s a glorious gift that we get to immerse ourselves in this music. If you live and die with Manilla Road, Judas Priest, and Iron Maiden (I definitely do), then you’ll throw yourself head first into this record and this band—vocalist Mik Mentor, guitarists/keyboardists Martin Meyer Sparvath and Jeppe Campradtr, bassist Cristian Nørgaard, drummer Danny Woe. 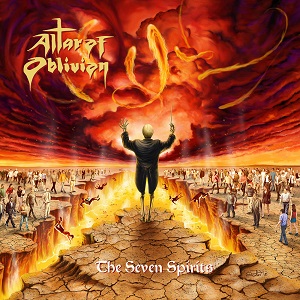 “Created in the Fires of Holiness” rips open the record, with Mentor’s vocals bellowing as he howls about “building a nation of ignorance” that rumbles in your chest. The chorus is strong and easy to remember and call back, while the soloing erupts, blazing its path, before everything ends in calm. “No One Left” has a gothy feel, especially vocally, as Mentor calls, “No one left to see this doomsday prophecy.” The track has an epic feel, as the song laments the loss of loyalty toward others, as the track comes to a bursting end. “Solemn Messiah” has a cold opening before things light up, with a glorious chorus to boot that’ll shake your skeleton. “I am failing people in times of need,” Mentor laments, while synth rolls out, the guitars chew bones, and the track bleeds away. “Gathering at the Wake” starts with a gritty riff as Mentor calls, “All that is left is gone forever,” before the song kicks up and generates a storm. The chorus delivers a hearty power metal-style push, and it’s crunchy and catchy the whole way. Glorious leads melt rock, while Mentor commands, “Lead me to the altar of death, I’m dreaming of paradise,” before an epic eruption brings the song to its close.

The title track trickles in from oblivion (uh, no pun) before meaty singing kicks in, and we’re into a slower, more deliberate pace, sort of like a doom ballad. The track is wrenching and epic with a killer chorus and all the power they can muster in a pretty strong centerpiece cut. “Language of the Dead” starts with weird robotic voices before a killer Priest-style guitar riff launches as Mentor howls, “Tragedy and triumph walking side by side,” before the tempo hits overdrive. The vocals push hard as slicing soloing barrels in, making a deep cut before fading away. Closer “Grand Gesture of Defiance” slips in with a slower tempo before firing up with guitars chugging and Mentor calling, “Visions of hell, I feel the end is nigh.” Soloing brings the power and glory as Mentor howls, “Take me to my grave, I’m tired of being a slave to your sins,” before the song trickles in cold waters, and the synth pushes out.

Altar of Oblivion keep metal’s spirit alive, as they’ve always done, and they’ve never been more all in than they are on “The Seven Spirits.” This is a glorious, fun record that should reignite your metal spirit, and it’ll make you want to fight all the people who have been upsetting you art work. That’s OK, man. This should be fun, and holy shit, this is!

For more on the band, go here: https://www.facebook.com/altarofoblivion/

For more on the label, go here:  https://www.shadowkingdomrecords.com/