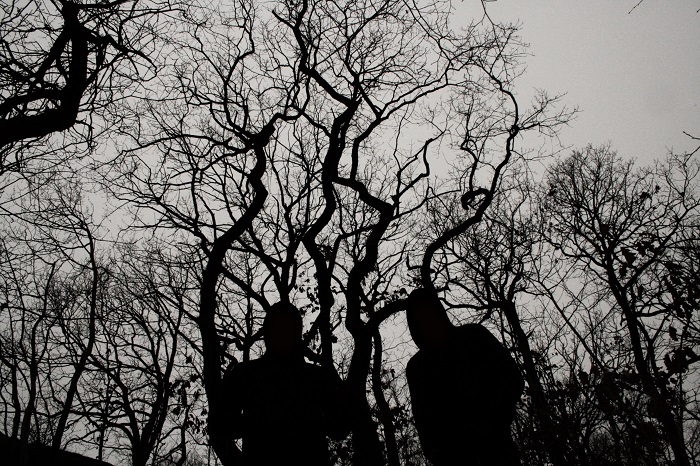 It’s another day, another world-ending scenario here at Meat Mead Metal, a place that has become synonymous with music about the cessation of humankind. So often, that music sounds utterly bleak and hellish, which makes total sense considering we are talking world extermination, a thing that hardly needs to sound accessible.

What if I was to tell you not all extinction-level metal had to sound dark and bleak, and that there’s a chance it can be catchy as fuck? After all, we’re dying. Why not have some fun and dine on some fucking riffs. That’s where two-headed Murg are coming from on their third record “Strävan,” which stands for “striving” or “endeavor.” It’s also the culmination of a triptych of albums that have been telling the story of the fall of humankind and the utter domination of cosmic forces seeking to choke out our kind for good. Here, the mysterious team—bassist/guitarist/vocalist Vargher, guitarist Urzul—envision of race of beasts that rise up once all humans have been eradicated, with their sole goal to sacrifice themselves to end the entire universe. It’s dark and morose, right? Yet, this band does it with so much color, emotion, and melody, it’s easy to forget you’re considering a scenario where we’d all be long dead, and the universe would consume all. Not that the band doesn’t also enshroud you in darkness; it’s just easy to be misled by the riffs that you don’t even see the mouth of hell in front of you. 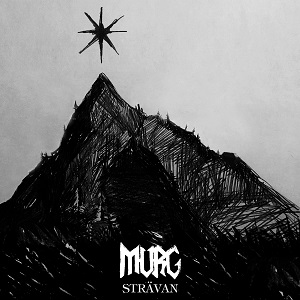 “Ur Myren” trickles open, letting the first stream make way before it bursts through like a gigantic wave with growls lacerating and glorious melodies creating a huge atmosphere. Strong black charges quake the ground before the song comes to a crushing, abrupt end. The title track follows and rains down, soaking the soil before gazey playing envelops like a fog. Spacious clean sounds brighten the picture as the sound hangs, and then a giant deluge breaks down the walls. The growls crush, the song drops the hammers, and the track is rocked in the midst of a storm before settling in ash. “Berget” is glorious right away, with huge riffs pounding and a spirited assault adding dashing bright charges that cause you to shield your eyes. Things fade for a time before the track kicks back into gear, bursts and surges, and electrifies with power. That brings calmer winds that stick around until the sounds bleed away. “Renhet” is heavy as hell as the growls penetrate and catchy rhythms push into rumbling guitars and noises that swim in your head. The growls tear through the background as fiery playing ignites the torches, birds call out, and the energy fades.

“Korpen” has darker riffs and ominous tones instilling a sense of fear and danger which, as we know, definitely lurks here. The pace is relentless, storming heavily over all, creating an emotional tumult that boils and leaves a path of devastation smoking and choking out the air. “Tre Stenar” has a boatload more colorful riffs to add to the picture, with the pace staying more calculated. Growls scrape while the music keeps tunneling, as ferocity stings the air, and the music spirals into the cosmos. “Altaret” has great guitar work that sweeps you away from the start, as the body of the cut is melodic as hell, washing over and leaving you numb. The vocals fire up in the form of vicious howls as wills are destroyed, a maniacal haze stretches over the world, and animalistic howls fire up the final moments of the track before it’s consumed. “Stjärnan” ends the record by beginning in a noise sizzle and then setting the way for a hypnotic tempo that makes the room spin before a thrashy assault murders everything. Huge backing melodies give a grandiose feel while the pace chews and spits out everything in its path, building to a gigantic crescendo that sends space matter, blood, and bones sprawling into the relentless gears of total nothingness.

Murg long have championed the idea that humans are an intolerant, destructive race that deserves to be wholly destroyed by nature, and “Strävan” is their final attempt to nail the bloody nails in the coffin lid forever. This is a great-sounding record, pure black metal that pushes for the end of everything, the ushering in of the void where our meaningless existences disappear forever. We haven’t been great stewards of this earth, and Murg’s vision has us paying a dear, well-deserved price in the end.

For more on the band, go here: https://www.facebook.com/murgofficial

For more on the label, go here: https://www.nordvis.com/en/