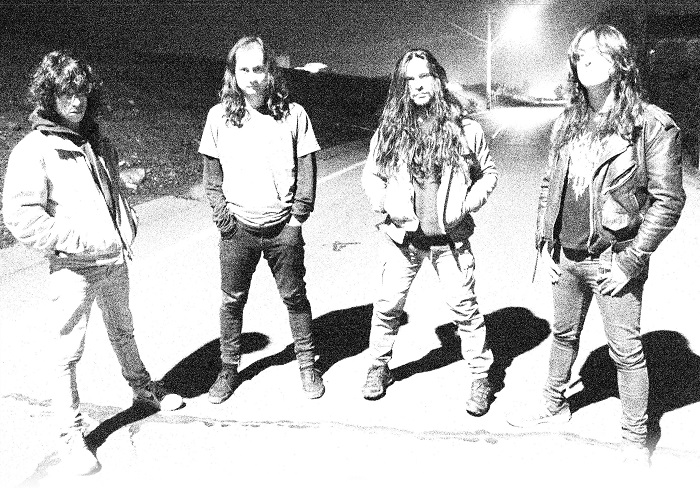 I know I’ve said this before, but thrash metal is very close to my heart, and I tend to be fairly protective of it when it comes to new bands trying their hands. This style of music is what took me from the weaker class of metal bands to more extreme sounds, and I’ve always been thankful for that and for getting me through high school.

When I find a good thrash band doing stuff that makes me think of my own formative years, I tend to embrace it, and Chile’s Ripper check all the boxes. They’re not exactly a new band, as their run has gone on for a little more than a decade, but it still seems like they’re developing an audience on this side of the world, which hopefully they can do a little further with their tasty new EP “Sensory Stagnation.” That’s not a very good description of the music, by the way, as an apt title could have been “Sensory Overload,” and your brain gets stretched and mashed by these five tracks that also swing heavily toward progressive waters. One of the elements that’s increasingly become thicker in Ripper’s sound is the alien bass work that stretches and lobs weird chemicals at you, which makes these songs even more fun to hear. The band—guitarist/vocalist Venus Torment, guitarist Daniel Poblete, bassist Pablo Cortez, drummer Nicolas Villenueva—serves this up as sort of a tide-me-over between their next full-length and 2016’s “Experiment of Existence,” and goddamn if it won’t fill you up nicely. 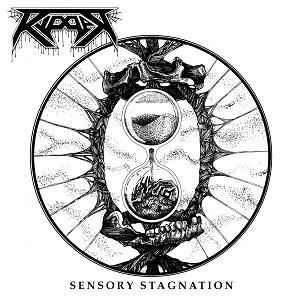 “Dissociation” starts the record, a brief instrumental cut that has guitars knifing, the bass bubbling for the first time, and some hefty thrashing before “The Unreal” takes over. Riffs smoke while the bass continues to command, as maniacal growls cut into the chest, and spacious playing feels like it’s headed to the stars. Strong soloing explores before the playing gets loopy again, and a final serving of violence brings the track to an end. The title track then arrives and bursts from the gates while the bass starts wrapping its tentacles. The band deals serious blows, trudging and chewing, while the guitars head out into the darkest stretches of the universe, and the vocals shred flesh. The track then gets speedy and mean as the vocals are snarled in vile manner, and the track comes to a bloody end. “Like a Sacrilege” has typically strong riffs as the track mashes fingers, and the mangling vocals add even more to the attack. The guitars again try to space things before the track trickles into calm before it’s off to the races. Wild howls and storming guitars then team up, while the bass blows a hole in everything as the track fades. “Terror Streets” destroys right off the bat as the drums pulverize and the vocals chew glass. Punchy thrashing and hideous growls smear as the soloing explodes, as the song comes to a fiery finish.

Band such as Ripper are keeping the true thrash spirit alive, and this killer new EP “Sensory Stagnation” will bash you around and leave you with a stinging headache. The band gets just proggy enough to make this feel like it’s dripping in cosmic goo but never leaves behind its heart. This fun, stop-gap effort might be kind of short at 20 minutes, but it will leave you feeling like you went five rounds in the Octagon in a fight in which you never had a chance.

For more on the band, go here: https://www.facebook.com/ripperchileoficial

For more on the label, go here: http://www.unspeakableaxerecords.com