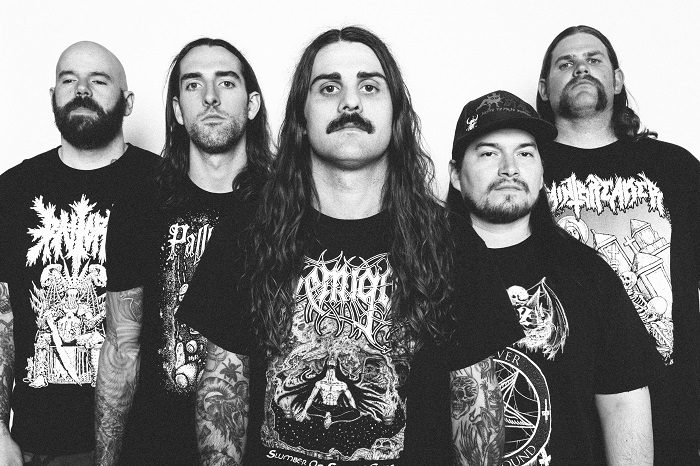 It’s strange to say this since it’s still warm outside (at least where I am) and the leaves haven’t yet started their two-week decay in mid-November once summer actually ends, but we’re in the last gasp of major metal releases for 2019, and where the fuck has this year gone? But time is ticking away, and those last records we’ve been anticipating with pins and needles finally are sliding into our inbox.

One of those is “Deserted,” the heavily anticipated new platter of death from Gatecreeper, a band whose stock has skyrocketed in the past couple years (hey there, Decibel magazine cover boys). That’s with good reason, as their second album pays off huge on the promise shown on their debut record “Sonoran Deprivation,” and if a disgusting stew of Florida death and Swedish grit is what you desire, get ready to dine until your buttons burst. This Arizona-based crew obviously put their own imprint on the thing, and they also slather enough melody and fun that this album might even be a crossover release for those who have wanted to test more extreme waters but haven’t found the right vessel. This just may be it as the band—vocalist Chase H. Mason, guitarists Nate Garrett and Jack Maniacky, bassist Sean Mears, drummer Metal Matt (his given name)—delivers the goods that should keep their audience excited but make way for new folks who want to be decimated. 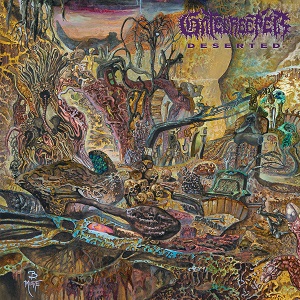 The title cut kicks off the record by pounding away, setting the stage for the carnage ahead as things burn, and Mason’s grisly growls kick their way through the gates. The pace is super strong, punchy, and guttural at times, as melody buzzes, and the soloing dominates to the finish. “Puncture Wounds” has nasty guitars and powerful riffs, which this record has in massive amounts. Growls scrape the ground as the leads intertwine, leading to a fire-breathing ending. “From the Ashes” is mashing with a steady pace as gravelly growls set in, and the guitars burn brightly over the top. Things rise from piles of flesh later as punches are thrown and landed, and the last moments are devastating. “Everlasting” is sinewy and muscular as it starts with deep growls and drums laying waste. Wild shrieks detonate as double-kick drums make the ground shake, adding to the thick humidity before it fades into the mist.

“Barbaric Pleasures” has the guitars making deep cuts in flesh before punishing growls join up with killer guitar work that fucks with your head. The track is a little shorter but no less effective, as it makes the most of its time and does ample damage. “Sweltering Madness” is thrashy with a doomy underbelly, as the roars makes your guts boil. The pace plays with you a bit but always goes back to breaking your bones, as the final minutes create deep muscle bruising and continually make you question your sanity. “Boiled Over” has a calculated pace to begin, as snarled growls push in, with Mason wailing, “The sky is boiling over!” I can imagine it must feel that way in the Arizona desert sometimes. Things get more heated from there as the guitars become buzz saws, sinking in their teeth as the growls join them for a few final blasts to the face. “In Chains” delivers meaty riffs that dine on speed and continue to add vicious grit the entire way. The band creates a spiraling aura of hell, as the guitar work begins to melt faces, spilling over the sides and congealing with a slight doom soup. “Absence of Light” ends the album by taking its time to set up, but once it does, the bottom drops out, and nothing but muck comes to the surface. Fluid leads again reach out while Mason’s growls deface, and a barrage of start-stop mauling and searing leads leave charred tracks on the ground on which is just raced.

There’s really good reason why “Deserted” is one of this year’s most anticipated record in any sub-genre of metal, and Gatecreeper certain answered the bell on this massive second offering. This is strong stuff the entire way through, a consistently giving listen that’ll leave you looking like you tangled with miles of barbed wire, at least mentally. In a world where we have an embarrassing riches of really good death metal, we all just got a lot wealthier with Gatecreeper’s second serving of grime.

For more on the band, go here: https://www.facebook.com/gatecreeper/