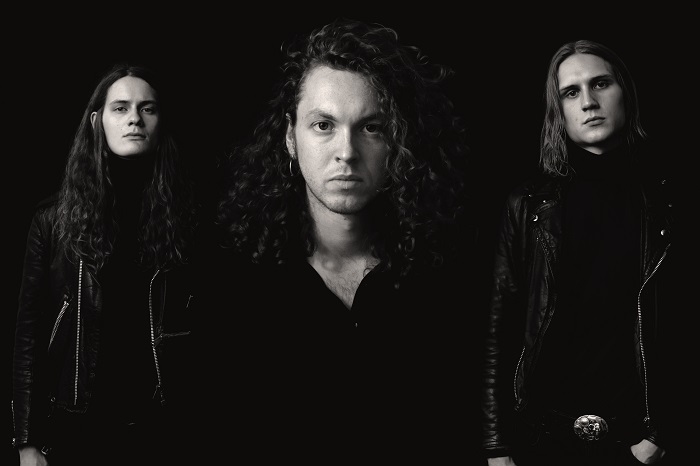 Some things, great as they may be, just aren’t meant to last. Things have a shelf life, and when they run their course, we just have to let them go. So goes the story of Morbus Chron, the incredibly promising, future-thinking progressive death metal band from Sweden that left us after just two records, that last one coming six years ago. What they could have been.

Here we are in anew decade, and the germs of what Morbus Chron planted see life in a new project Sweven, named after Morbus Chron’s 2014 swan song and helmed by that band’s founder Robert Andersson. For him, there was no other name to even consider for the band considering how “Sweven” transformed him as a creator, and since this group is essentially an extension of those same ideals, the decision was easy. Joined by guitarist Isak Koskinen Rosemarin on lead guitar and Jesper Nyrelius on drums, Andersson moved forward with what he was creating in Morbus Chron, a band that would end of influencing a great deal of the current progressive death metal movement and taking it to its next logical step. That’s found on their deliriously good debut record “The Eternal Resonance,” an eight-track beast that washes over you with strange fluidity, psychedelic scarring, and savagery, but not in a way that totally mimics Morbus Chron. There are definite differences here from that band and what others in the field are doing, making this another piece that should expand death metal’s mind.

“The Spark” is the instrumental opener that has clean guitars fluttering before the pace steps up, going into a progressive plunge that pushes into “By Virtue of a Promise,” a 9:21 cut that trickles slowly before things flow eerily into anguish before Andersson’s wails jar. The track is both thrashy and spacey with the soloing rumbling before the playing gets harsh again. Aggressive melodies pummel, while the emotional toll is heavy. “Reduced to an Ember” has a jazzy start that chills the flesh before the tempo is shredded apart, and riffs spiral into a cascading section that bleeds imagination. Rough wails and exploratory guitars combine and create a chaotic feel before keys and acoustics buff the edges, and the playing gently mystifies. “The Sole Importance” runs 8:03 and punches right away with guitars driving, Andersson’s vocals grunting, and the track melting into sci-fi fantasy. The playing turns melodic and trippy with an underbelly that contains a full bleeding heart. A hypnotic gaze gains steam as the soloing sprawls, bleeding out into a vortex.

“Mycelia” plays tricks with your mind, as hand drumming paces, and grim howls fan the flames. The tempo picks up and stomps bones as the vocals rip down your neck, and the playing keeps adding intensity. Keys join up and drip into the guitars, with the track ending with jazzy serenity. “Solemn Retreat” is the longest of the bunch, hulking over 9:43 and beginning submerged in water. The vocals push in and feel gruff while the guitars stretch and begin stinging your senses. The track feels like it floats for a bit, with the temperature shifting from hot to cold as some tremendous lead guitar work comes in and soothes your wounds. The back end lets the blood surge heavily as manic cries hit the air, and the track disappears into the stars. “Visceral Blight” enters with clean guitars as the pace trudges over the land, and the track ignites into a proggy explosion. Smeary keys blend in and create blurry vision as the playing gets pushier and stranger, the drums decimate, and things come to a crushing end. “Sanctum Sanctorum” closes the record by entering slowly, creating an ambiance before the guts are torn out. The track starts racing hard, making your adrenaline gush before it settles in the clouds and appears ready to drift away. The band returns to speed for a stretch, which works into gazey ambiance, pastoral chants, and the music turns into a metallic stream that drains into your nightmares.

Morbus Chron are truly irreplaceable, and they’re a personal favorite of mine. Funny, I once had someone at Century Media dig up a Morbus Chron T shirt deep in their inventory for me to buy, which was nice of them. But this is about Sweven, Andersson’s current beast, one with similar DNA but with obvious mutations. This is an exciting endeavor, one that places one of death metal’s most inventive minds back in the game at a time the genre is exploding. This utterly swells with possibility that hopefully Andersson is able to see through well into the future.