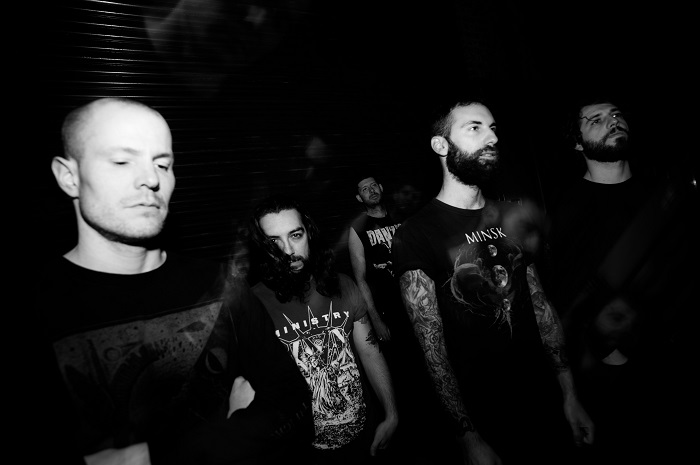 Love isn’t a subject that gets a whole lot of time around here, mainly because the bands we tend to write about don’t really delve, if you know what I mean. For a lot of people, showing compassion or vulnerability in metal is a negative, which is utter cowardly bullshit, so we don’t get a lot of bands writing about love, but that’s about to change a little bit today.

Multi-national quintet Calligram dive headfirst into what love and compassion means to the world, and they do it on a savage new record “The Eye Is the First Circle” in an effort to put the idea of love being taboo subject matter in metal to the test. The record’s title is inspired by the Ralph Waldo Emerson essay “Circles,” and the band uses their music to act as a counter to all of the negativity that exists in the world by remembering that love for oneself and others can will us through even the worst of times. Holy shit, could this record ever be arriving at a more opportune time. Made up of members from Brazil, France, Italy, and the UK, the band—vocalist Matteo Rizzardo, guitarists Bruno Polotto and Tim Desbos, bassist Smittens, drummer Ardo Cotones—ply black metal with punk and D-beat hammering with the words sung in Italian on a record that’s decimating from how it’s played. 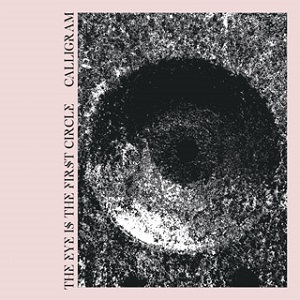 “Carne” gets the record off to a pummeling start as growls scar and the dizzying playing gets your head spinning. The track overwhelms as black curtains fall, and a storming nightmare spreads into a total mindfuck, bleeding out into the void. “Serpe” has the drums going off as the riffs clobber and manic growls unleash insanity. The playing is hard and vicious as darker waves lap up before smashing chaos destroys as the beastly attack finally lets go. “Vivido Perire” has a devastating pace, splattering all over as the drumming powders bones. The playing comes unglued as the low end blasts, the blood is smeared, and the final moments blast into “La Cura” where the drumming and guitar work explode. Riffs swirl as the shrieks penetrate while gruffer vocals strike, and the guitars hang in the air. A final explosion strikes, sending the track off to an ashy grave.

“Kenosis” absolutely pounds away, laying waste to your senses before getting slow and sludgy, with the tires spinning in mud. The filth then collects as the riffs entangle you, and everything comes to a smothering finish. “Anedonia” starts calmly enough with speaking streaming over the first moments, letting the song establish an ambiance and a thick atmosphere. About three minutes in, grim growls unload while the playing waylays and loosens screws. The band then begins to crush wills, blackening eyes along the way as everything ends abruptly. “Pensiero Debole” is a quick instrumental made from cold trickling and numbing agents, preparing the way for finale “Un dramma vuoto e insanabile” that starts with a tempered pace. Things eventually punch open as fluid guitars and maniacal vocals team up to create a wild tempo. Sanity is shredded as the song trudges over chewed-up terrain with the growls peeling flesh and the last moments crushing worlds.

We’re more than happy to welcome Calligram into our awareness, and their debut “The Eyes Is the First Circle” is a record we need right now both from a philosophical and decibolic standpoint. For a bunch of people spread out over many lands, there is a strength and cohesiveness to the music that’s super tight, and they’re only bound to get better from here. Plus, they remind of a great lesson that when times are shit, which they are now, we can get through that by being good humans to each other, a lesson metal needs to take more seriously.

For more on the band, go here: https://www.facebook.com/calligrammusic/

For more on the label, go here: https://www.facebook.com/prostheticrecords/