It likely goes without saying that death metal and black metal are intrinsically violent and, from a musical standpoint, should not be considered styles for anyone who fears danger. But some bands take that more seriously than others, and their records can sound like pure war zones that could chew into your psyche and trigger your fight-or-fight response.

One of those is NYC’s Ruin Lust, a band that had sort of an off-and-on first few years before they solidified their assault and have delivered two scathing records in the past two years. The latest is their forthcoming “Choir of Babel,” a five-track, half hour exercise in unforgiving torture and music that makes it feel like the weight of the world is on your chest. Comprised of well-traveled crushers—vocalist/guitarist J. Wilson, guitarist S. Bennett (Vorde), drummer/vocalist M. Rekevics (Fell Voices, Yellow Eyes, Vanum)—the band follows up last year’s devastating “Sacrifice” with a bloody, aggressive display that feels like the earth’s rock is all melting together, creating an unavoidable lava flow that overcomes you, filling your body with hell, and feeling no concern for your mental well-being. This sounds over the top. It isn’t. In fact, it’s very possible I’m underplaying the intensity here. 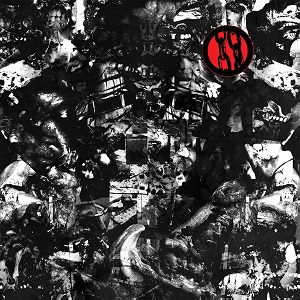 The title track rips off the lid to hell with grim tidings and a furious eruption that bursts like a volcano. Growls scar while the mauling terror rips across the land, with guitars spilling pools of blood. Yells and growls mix and mar as thrashy fire engulfs the vicious end. “Prison of Sentient Horror” has guitars scorching and outright animalistic rage boiling over, melting flesh. Tornadic playing rises and twists your brain while metallic disaster strikes, and a searing solo tears in and creates havoc. The drums pummel bones to dust while the track spills its guts on the floor, leaving a massive stench.

“Worm” crushes from the start as the drumming rattles, and melodies are drowned underneath the chaos. From there, storming ferocity creates an increased amount of danger as blinding death ravages, horrific power overloads, and feedback smears to the end. “Bestial Magnetism” has guitars coming in black waves as a full assault is mounted, and the ruffles encircle you as gruff growls spit bolts. The playing comes apart by design as shrapnel burns through your body, as infernal destruction makes its way toward unsuspecting victims. Growls tear at throats, a wild fury grips, and everything burns out in madness. “Rite of Binding” is the 8:53-long closer that wastes little time attacking your wounds, as nasty growls and razor-sharp riffs swing wildly. Wild cries crush as the guitars hammer away before the pace slows down, grinding the brakes and letting the smoky aftermath choke you. An ominous fog hangs over the track as the growls mash and a hypnotic torture suffocates before the band violently hits the speed pedal again, driving you to a deathly finish.

Ruin Lust are here, they’re firing on all cylinders, and “Choir of Babel” is a disarming record that puts to shame the furious intent of most other death and black metal bands out there. Not that it’s a competition or anything, and likely they don’t give a fuck what everyone else is doing, but there is a resentment and sense of metallic revenge to these songs that rots them to their core. This isn’t music for reading or relaxing or vibing out. This is for all-out war, and if you’re not prepared to face it, you definitely won’t survive.

For more on the band, go here: https://ruinlust.bandcamp.com/