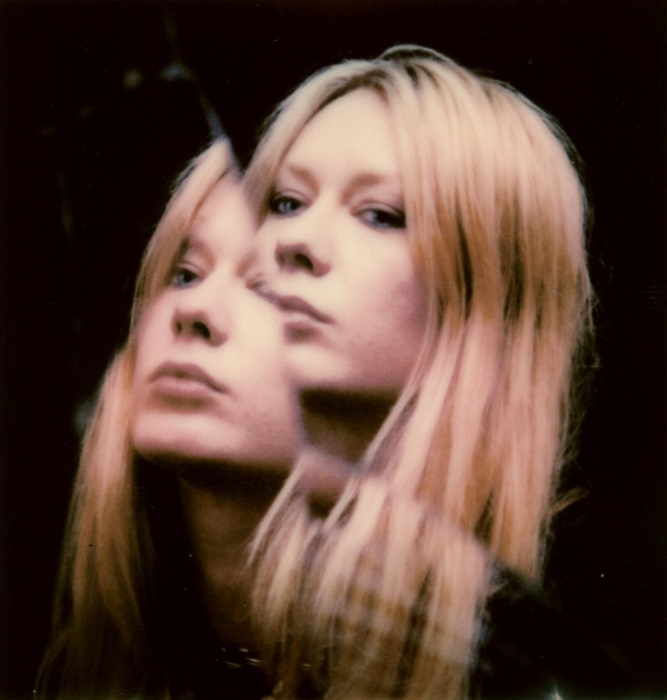 Not everything is meant to last, even if it’s something you think is incredibly fruitful artistically because those behind the work may not necessarily agree. That was the case with Swedish/German duo The Oath, whose great 2014 debut record was accompanied not long after by the group’s permanent dissolution. Still, something good came out of that.

The band’s two leaders went on to their own projects, Johanna Sadonis founding like-minded Lucifer, and Linneá Olsson taking her darkness to filthier terrains with Maggot Heart, whose new record “Mercy Machine” is about to land in our laps. Olsson has a sneer and a swagger that stands way out front with this band that is incredibly appealing and gives the music even more fuel with which to set blazes, and they take things even further on this album, that shows a lot of growth from 2018 debut “Dusk to Dusk.” Joined by bassist Olivia Airey and drummer Uno Bruniusson, Olsson uses her voice and daggering guitar playing to whip up 10 tracks that sound like the band is in the streets and ready for a fight, even though they may be coming from another rumble a block over. It’s easy to get the feeling from listening to this record that Olsson is behind you, fist balled, just ready for you to make the wrong move so she can punch your teeth right down your throat. 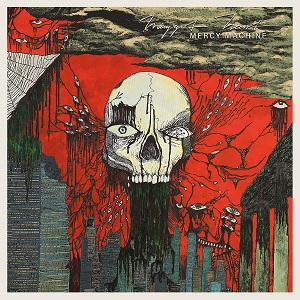 “Second Class” gets things kick started as it lands scuzzy punches as Olsson’s singing leads the way, chock full of attitude. “You’re still running, but you’re so far from any kind of achievement,” she pokes as anger and spite melt right into the blood work. “Sex Breath” is a charger as the vocals prod, and the chorus is catchy as hell. Guitars darken and chime as the shadows lurk, the chorus kicks back in, and the song churns out. “Justine” has guitars slinking with Olsson pounding, “Every woman is a star, even those that go too far.” Punk heat is added to the forceful chugging while Olsson warns, “I’m not far behind,” as the track burns away. “Roses” is a strong one as a sinewy bassline crawls, and Olsson’s singing pushes into goth-scuffed guitars. She notes she’s “falling down the rabbit hole,” while the guitars charge up, and the rough playing gives the song a dangerous edge. “Gutter Feeling” has a bluesy bend with talk-like singing, as Olsson notes, “Heavenly bodies thrown out with the trash, I’ll look through the trash.” The chorus is tremendous as she stabs, “I’ve been tripping on that gutter feeling,” with the track ending with its own nose bloodied.

The title track has driving guitars and menacing vocals with yet another killer chorus that settles into your system. Noisy playing angles into a filthy pocket while the riffs charge up, and Olsson calls, “Show no mercy on me,” as the track bleeds out. “High Rise” has guitars agitating at the start before the song goes in more of a mid-tempo direction. The chorus is simple but effective as the title is called over and over while the leads take over and leave the song in a glimmering shine. “Lost Boys” delivers cool riffs while Olsson’s singing is pulled back a bit as the darkness is allowed to rain down. The guitars catch fire and take off for gritty, punishing terrain while Olsson calls, “Thank god I’ve got nothing to lose,” as the track melts away. “Senseless” trudges and feels doomy as Olsson notes, “I see the dogs of death in my garden,” as she stares menace in the eyes. The guitars thicken and sting while terror spreads, and echoes send chills down the spine. “Modern Cruelty” is the closer and starts with rock-solid riffs and things getting rougher in a hurry. Olsson practically spits out her words as the pace takes chances and causes you stomach acid to splash, while the sun sets quickly, letting dark vibes to roam. “Dawn breaks, you take your pills to get by,” Olsson calls as the track slips by, with the band firing off a final note repeatedly, as if driving the dagger deeper into your chest.

Maggot Heart have truly opened up a gruesome vein on “Mercy Machine,” an album that has the band really finding their way and developing their personality. These 10 tracks are dangerous, flooded with conviction, and confrontational, while Olsson is in total command out front, her vocals exploding with attitude. This is a fun, jarring record that shows no fear and will drive your face into the dirt just to prove its point.

For more on the band, go here: https://www.maggotheart.com/

For more on the label, go here: https://www.rapideyerecords.com/