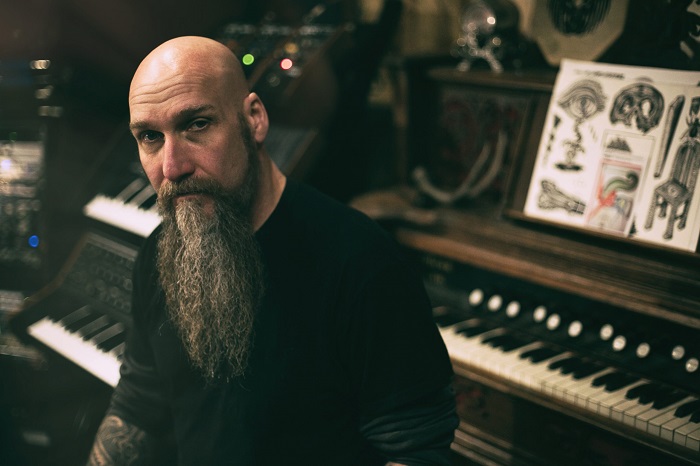 There’s no telling where inspiration is going to hit you, which is why I used to keep a notebook by my bed at night in case I had a strange dream or thought I figured was going to be important at some point. It actually worked until I stopped doing that. Nonetheless, there are plenty of ways for the creative bug to bite, and you never know when that’s going to be.

For Steve Von Till, it was while visiting his wife’s childhood home in Germany that the seeds to his new solo album “No Wilderness Deep Enough” were planted, and over time, he started to put together ambient-style soundscapes he initially figured would be instrumental pieces until friend/engineer Randall Dunn suggested he apply his trademark gruff vocals to the pieces. Naturally, it worked, and what resulted was a record very different from Von Till’s previous efforts as there is no guitar at all, with the tracks being built with synth, strings, and French horn. The title itself has ridiculous depth, especially when considering the world in which we live, and Von Till (Neurosis, Harvestman, etc.) reached into the idea of maintaining one’s existence both alone and around others and how those things can be accomplished during such turbulent times. Von Till also is releasing a collection of his poetry called No Wilderness Deep Enough and Harvestman: 23 Untitled Poems and Collected Lyrics that you can find at the shop link below. 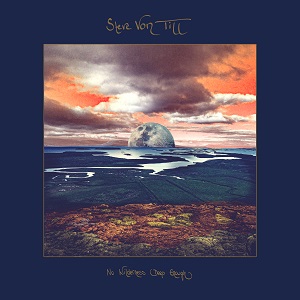 “Dreams of Trees” begins with lush synth washing over and Von Till’s voice piercing the calm. “Still now, you voices, let us rest,” he urges as the track quivers, feeling wintry along the way.  Keys drip as noise crashes around, layering in echo as strings moan, and the track leaks away. “The Old Straight Track” has noise rising and Von Till’s voice sliding alongside pastoral organs that produce smoke. “We have the sea,” he urges, digging deep, “And we’ll always have the sky,” as the atmosphere thickens, horns call out from the distance, and the track ends in regality. “Indifferent Eyes” has synth sparks that jolt your system, while Von Till calls, “Reach for the infinite deep,” a message he repeats throughout the song. The playing moves toward the horizon while the noise strips away, with the strings leaving a glaze. “The emptiness swallows us all,” he admits while the music slips into moody cold, soaring toward the end.

“Trail the Silent Hours” arrives from outer space as Von Till’s singing scrapes along the earth, and it feels like the night is settling in. “Stand there as an oak, holding ground,” he urges, “Seek shelter from surrender, but don’t give in,” as the track slips into dark pockets. “Shadows on the Run” is the longest track, running 7:19, and it arrives with sweeping strings and visions of a burning house, while Von Till’s singing mixes in with pulsating synth. “Searching high and low for something to behold,” he sings while electro jolts enter your blood. Strings thicken while haunting echoes convey the mood, swimming off into the distance. “Wild Iron” runs 7:02 and brings darkening piano, a calming pace, and synth wormholes that let your mind wander. Dreamy progressions fill your head with clouds as the calls resonate, mesmerizing and numbing, with the synth tunneling into the unknown.

Von Till found a way to do something completely different from the four solo records that precede “No Wilderness Deep Enough,” a collection that’s warm, cosmic, and utterly human. The musical journey he took on this record is no surprise for a musician constantly pushing boundaries, but even this collection can throw a long-time listener for a loop. And that’s a good thing. It’s a wonderful surprise from a thoughtful player who found a way to open yet another chapter of his creativity.

For more on the band, go here: https://www.vontill.org/

For more on the label, go here: https://www.neurotrecordings.com/