Today we begin our countdown of Meat Mead Metal’s Top 40 albums of 2012, a listing of our favorite metal recordings from the year. Come back each day for more of the list. Beginning Dec. 24, we’ll begin our Top 5 and reveal a new entry each day, leading to No. 1 being revealed Dec. 31. OK. Let’s go. 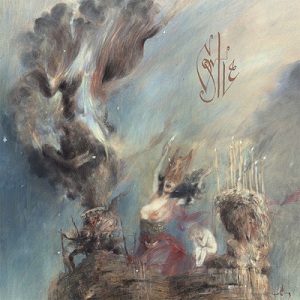 40. CASTLE, “Blacklands” (Van/Prosthetic) – San Francisco doom trio Castle put out a fun, dark, raucous sophomore album originally released by Van. Then the band was picked up by Prosthetic – great signing – who then re-released the record to a wider audience. Singer/bassist Elizabeth Blackwell dresses these songs with her smoky voice, and on a couple turns, guitarist Mat Davis takes over when these tracks need a growlier tone. Strong album steeped in traditional doom.  (April 28)

39. DRUDKH, “Eternal Turn of the Wheel” (Season of Mist) – The last couple of albums, Ukrainian black metal story weavers and traditional poetry enthusiasts Drudkh have visited more folk-infused sounds and lighter colors. But on “Eternal Turn of the Wheel,” the band returned to their thornier, heavier sounds found on their earlier records and put to rest any notions that they had shelved their true black metal threads. Yes, there remain some quieter, Euro folk-style sections, but they act as texture to otherwise crushing and cascading sounds. Nice return to form.  (Feb. 24) 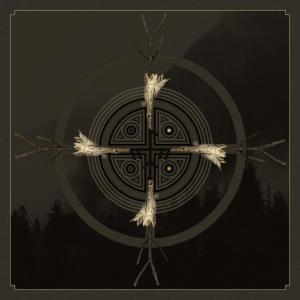 38. BLOOD OF THE BLACK OWL, “Light the Fires!” (Bindrune Recordings) – The long-standing project spearheaded by Chet W. Scott is one of metal’s most bizarre and enthralling. The folk-infused black, doom, and prog metal always sounds as if it was created and recorded in the heart of the forest, and the throaty, abrasive vocals either can be a slam dunk or turn off for listeners. I always liked his vocal work and the music of Blood of the Black Owl, and “Light the Fires!” arguably is the best record under the banner yet. Really great music to enjoy in the autumn. (Sept. 9)

37. NIHILL, “Verdonkermaan” (Hydra Head) – This Netherlands black metal trio makes some of the scariest, most expansive sounds going, and the final piece of their triptych finally arrived this year and, as expected, left us mesmerized. Playing along the lines of bands such as Deathspell Omega and Blut Aus Nord, their music takes some time and patience to understand and absorb, but it’s always worth the effort. This record is no exception, though it might help newcomers to the band to visit the first two installments before tackling this album. You still may enjoy the nightmarish sounds you hear, but taking the first two steps will give you added depth. (Aug. 21) 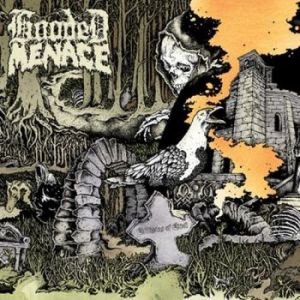 36. HOODED MENACE, “Effigies of Evil” (Relapse) – This Finnish metal beast always had its head immersed in classic horror and old zombie films, and their third full-length “Effigies” is more blood-soaked goodness. They still are ugly and beastly, and this time they add vampires to the mix (the old, terrifying kind, not that new bullshit of film and TV), and their new record is just a blast of a listen. Also notable is the band’s arrival at Relapse, marking a larger distribution arm for the Hooded Menace, so their grisly, web-filled doom metal can reach more vulnerable ears. Excellent. (Sept. 11)

35. SPLIT CRANIUM, self-titled (Hydra Head) – This awesome, blistering association of members of Finnish maulers and all-around crazy people Circle and work-a-holic Aaron Turner resulted in one of the year’s most underrated albums. The eight-track collection of crusty punk and hardcore-flavored metal feels loose and organic, and Turner just howls with reckless abandon on these songs like he hasn’t done in years. It’s a monstrous album but also one that’s really fun to hear when played at top volume. Even better news than this album existing in the first place is there’s potentially more to come. (March 20)

34. PORTA NIGRA, “Fin de Siecle” (Debemur Morti) – This German duo had their collective heads in pre-World War times and the disappearance of darker artistic ambitions. So they put themselves into the shoes of people at that time and dreamt of creating a new type of decadent art. Their dark metal on their debut record is both grisly and enthralling, and they manage to come up with one of the year’s most infectious songs on “Megalomaniac.” Great new band. Can’t wait to hear where their warped ambitions take them next.  (Nov. 16)

33. PIG DESTROYER, “Book Burner” (Relapse) – It had been five long years since we heard from grindcore crushers Pig Destroyer, but it was worth the wait once “Book Burner” finally was revealed. The band went back to their shorter, more violent songs, though they do keep intact some of their headier compositions that fold doom and death metal into the picture. The songs are furious, potentially offensive in spots, obsessed with psychosis and violence, and guaranteed to beat your ass. (Oct. 22)

32. ROYAL THUNDER, “CVI” (Relapse) – Borderline as far as metal goes, admittedly, but Royal Thunder certainly have made of tidal wave of new followers among extreme music denizens. Their debut full-length was a revelation as far as the vocal prowess of Mlny Parsonz, and the rest of the band backed her up with sludgy, sometimes bluesy hammerings that made for great, catchy rock songs and the emergence of one of the most promising new bands anywhere. They take to the road with Enslaved next year, a trip that could break the band even further into metallic hearts. (May 22)

31. CONAN, “Mennos” (Burning World/Gravedancer) – Stoner doom trio Conan want to drub you into submission. They’re heavy, yes, and their music is best experienced at maximum volume. But this album feels like a relentless gut punch served up again and again. Their music is a little laid back as well, so you’re not being driven full speed into a wall, but again, that doesn’t mean you won’t be bruised. “Grim Tormentor” is one of my favorite metal songs of the year, and its head-bobbing melody lines sticks in my head for days on end. That’s the sign of a good band and quality material. Go get this. (April 2)