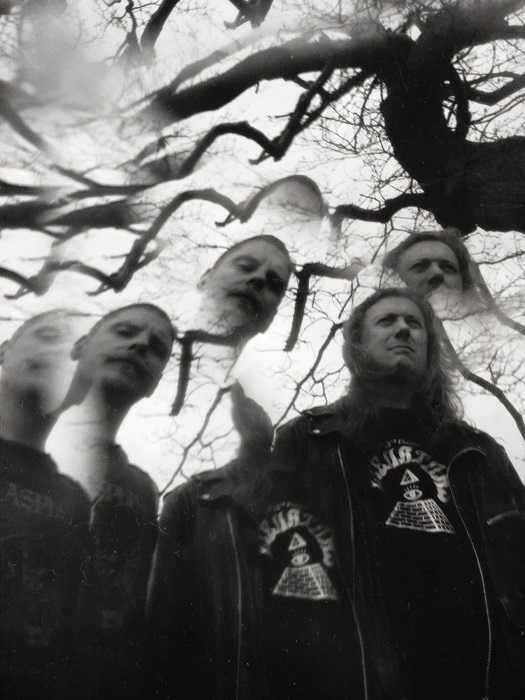 Bands that truly stand out in metal are kind of tough to come by. That’s not really the artists’ fault necessarily, because there are so many bands out there and so much music, that doing something that truly sets you on your own cloud isn’t easy to accomplish. When you’re able to achieve that, it’s an accomplishment that should not be underestimated.

One of the bands that has been on their own path ever since their formation is Dutch duo Urfaust, who have become one of those bands you either grasp or don’t. Those who do get it immerse themselves in their sounds, and their epic fourth record “Empty Space Meditation” is another strange chapter in their existence. It’s hard to pin down exactly what you hear on this six-track album. Surely there is much black metal terrain stomped over these mind-altering tracks, and some of the ambient elements we’ve come to expect from Urfaust also are woven into the picture. There also is doom, drone, and, as the album title declares, meditative passages, making for a record that could have you staring miles off into the distance while the music encapsulates your brain. You won’t be crushed and stomped by them on this album, though there are many heavy sections. Instead, you’ll take a raucous and often serene trip that’s unlike anything else in metal and only capable by Urfaust. 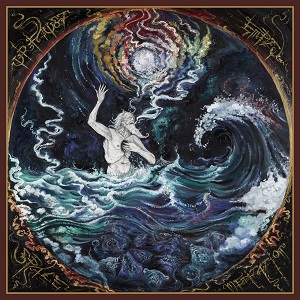 While the band has been in operation since 2003, this is only the fourth full-length record in Urfaust’s existence. Not that they haven’t been plenty busy, as they’ve offered up split releases and smaller efforts over their 13 years as a group. The band—guitarist/vocalist IX, drummer VRDRBR—never shows the same face or personality twice. At times, they’ve been fully metallic, while other releases have been floating in the atmosphere, feeling like the soundtrack to a non-linear dream. Never knowing what to expect every time Urfaust come back at us is one of the things that makes them so interesting and, thus, has helped them create that unique personality that is theirs alone and unlike any other metal bands in their environment.

All the songs are called “Meditatum” and numbered I through VI, and everything blends together, beginning with “I” that has noise unfurling and weird chants swirling. A dreamy haze melody awakens, and it weaves its way through the entire record, and after wooshing through the outer reaches of space, we’re into “II” that begins with wild howls that switch to horrifying screams. That synth melody slides in here, as the harsh vocals turn into bellowing singing that sometimes reminds of Mike Patton without the psychopathic derangement. The chaos later spills again, as the wails go wild, the music rumbles into a cosmic glaze, and the track swims into lucid dreams, making its way for “III.” Damaged sounds whirl and dizzy, driving slowly and pouring more singing into the mix, feeling like it is exorcising demons. Creepy and bizarre sounds smear its blood, while terrifying wails and spacey organs mix and trance out.

“Meditatum IV” simmers in throat chants as it starts, and then it drives massively, with evil laughs and spooky organs chilling your flesh. The heart-swelling singing punches at your chest, making your heart race, with the hypnosis sinking into your brain. “V” starts with unsettling clanging before the guitars begin to breathe fire, and strange singing causes your temperature to go up. As the track reaches its finish, it brings out the weaponry, as the song is punching, crunching, and willing to do heavy bruising. The closing cut “Meditatum VI” has an Indian flavor to it, as sitars join up with a soundscape and team up with wordless calls. The track then unleashes its power, causing your head to spin, and then we enter a chamber of total hypnosis, with the synth line swimming back into the mix, resurfacing as the record’s spine. That pathway continually loops and, along with the record, floats off into the distance.

“Empty Space Meditation” is another incredible journey through Urfaust’s mind-set and creative galaxy, and they embrace a path that is only theirs and that no one should dare tread. This is an incredible album that could transport you somewhere else and have you feeling like you’re traveling outside your body, which is an exhilarating experience. This band might not shower us with full-length records, but when they do return with one, it’s always a journey like no others.

For more on the band, go here: https://www.facebook.com/urfaustofficial

To buy the album or for more on the label, go here: https://www.van-records.de/