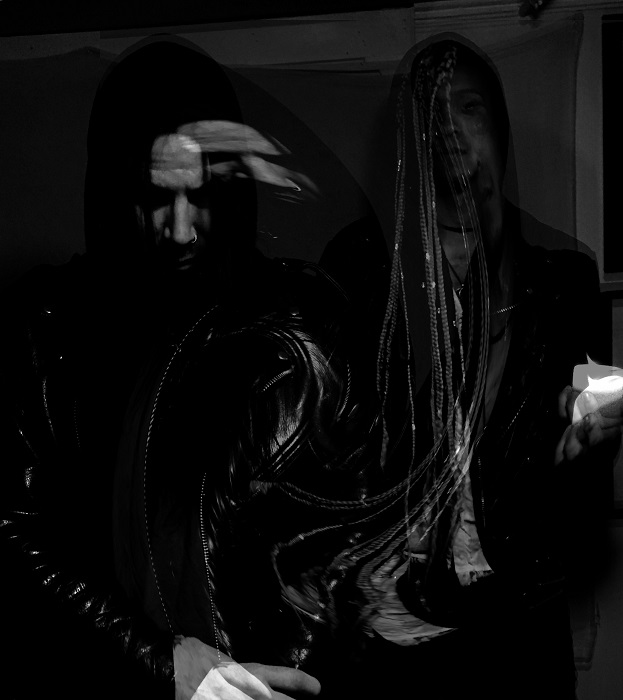 To be on the brink of potentially losing your grip on reality is not necessarily a fun thing. The mind does some weird shit, and those unable to exact control over one of the most crucial organs in the body can spiral into madness. Just something such as generalized anxiety can lead one to a descent into insanity and the inability to find a modicum of comfort.

I say all of that because the music on “Clandestine Sacrament,” the debut album from Death Fetishist, brought those ideals into my head. The band claims it exists in the rift between madness and catharsis, calling Death Fetishist the oracle of dread everlasting. That sounds like a pretty involved idea, but when you hear these eight songs, that concept will become clearer, even amid the murk. Journeys with this record have taken me through dark mental tunnels, under the surface, sometimes suffocating and wondering if I’d ever resurface. That’s how struggles with anxiety have been for me, which always feel like me sifting into the madness, and these songs brought that cranial pressure and physical and mental panic to the forefront. But in a strange way, that’s made for a cleansing experience, something you don’t get with every black metal record that comes down the pike. Or any record. Perhaps my mind is wandering from their actual mission, but this is where the album dragged me. 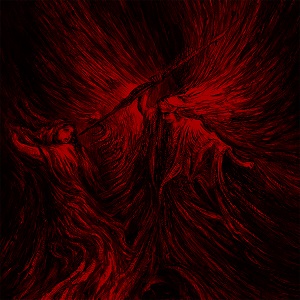 Death Fetishist’s approach to black metal certainly isn’t conventional, but considering who is involved with this project, that’s not a surprise at all. Matron Thorn, who you’ll know from such brain-bending bands including Aevangelist, Benighted in Sodom, and Crowhurst, is out front on vocals, guitars, bass, and other duties, while G. Nefarious (Panzergod) is on drums. That’s a pretty challenging duo, and on this record, they’re joined by other notable musicians including Doug Moore (Pyrrhon), D.G. (Misþyrming), Jurgen Bartsch (Bethlehem), and Mories (Gnaw Their Tongues), who add their own terrifying touches to this music. Before this record, the band had two EPs to their name, both released this past year, all leading up to this cataclysmic, psychologically damaging debut opus.

The record opens with “The Gifted Medium,” a sort of introductory cut built on eerie noises, smearing keys, and Julia Black speaking hauntingly, sounding like she’s communicating from another world, pushing, “I surrender my existence to you,” before rounding out repeating, “All is quiet now.” “Astral Darkness” starts in what feels like a black vortex, with strange noises whipping overhead, and the weirdness completely engulfing. The song starts to stomp ahead heavily, as grimy terror rolls into channeled growls, noise that feels like blood being smeared across the dirt, and the whole thing imploding and stirring into “Voidtripper.” Harsh, direct howls pelt you, while the music begins to make the room spin, and penetrating playing eats into your chest. The bulk of the track is haunting and hypnotic, finishing in a dark storm that rumbles into “Netherrealm,” where the chaos continues. Strong guitar work, devastating drumming, and echoing growls partner with melodies that are mystical and atmospheric. Fierce growls lash out and do harm, while the song drives to a slow ending, with choral chants taking it away.

“Beauty From Wrechedness” is dissonant and tornadic as it starts, with coarse growls scratching the surface and madness swimming through. Suddenly, the track’s guts get ripped out, with the world feeling like it’s crumbling apart, insanity sinking its teeth, and the song blistering into heavy storming. “Verbrannt in altern Morast” is a strange, unsettling instrumental where noise hovers, and a synth fog drags an alien ambiance into the cut’s heart. That strangeness drips into “Wreckage of the Flesh,” where flesh-crawling sounds meet up with bone-chilling guitar work and growls that echo into space. The pace crawls but bludgeons, with growls gurgling pain and torment, and a maniacal burst coming out of that. The song starts to strangle the senses, while the charge leads into impenetrable mud, and the assault blasts out again before fading. The 12:35 closer “Upturneth the Chalice” is a mammoth track that tears open, completely overwhelming the senses. The playing settles into an unforgiving display of repetition, while the track begins thrashing wildly, and horrifying yells scrape and draw blood to the surface. As the track goes on, the wall of terror cascades sounds, as the song fades into strange transmissions, and the voice that greets you on the opening is here to guide you into the void.

Death Fetishist’s unconventional approach to black metal not only impacts the way you process sound and art; it also stimulates the darker reaches of your mind where you may not often travel. “Clandestine Sacrament” is a smeared, unforgiving record that relishes catapulting you into hellish vortexes and forcing you to look inside. This is music that leaves you feeling somewhere between being able to let go of your ailments and watching your psyche crumble into a million pieces.

For more on the band, go here: https://www.facebook.com/deathfetishist