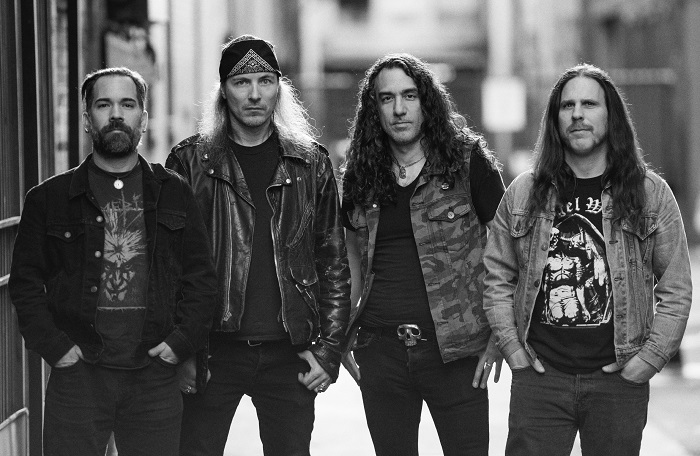 Sequels, for the most part, never end up being all they could be. There’s a ton of hype, ridiculous tie-ins to chalupas and phone plans and goddamn cell phones. Then the movie strikes, and it’s just a bunch of all talk and no real substance. Unless we’re talking about “Empire Strikes Back,” the greatest movie of all time, no arguments accepted.

I doubt that’s why Repulsion never followed up their classic 1989 debut “Horrified,” a record that was one of the basic building blocks to the grindcore genre. That record has taken on a life of its own (Decibel Magazine is one of the many outlets that has heaped praise and exposed it a much wider audience), and while the band still performs live, they never gave us the sequel to that world-toppling effort. It’s inaccurate to call Expulsion’s debut “Nightmare Future” a proper follow-up. But it’s as close as we’re going to get to one anytime soon. Matt Olivo, longtime guitarist for Repulsion, teamed up with a stellar lineup consisting of vocalist Matt Harvey (Exhumed, Gruesome), bassist Menno Verbaten (Lightning Swords of Death), and drummer Danny Walker (Intronaut, Exhumed, Phobia) to create a new document that pulls from the players’ ugly roots. With seven tracks spread over 14 minutes, this effort is fast, relentless, and over before you even realize the steamroller is flattening you to the pavement. 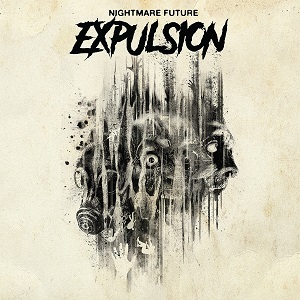 “Total Human Genocide” kicks off the record with a blast to the gut, as the tempo smashes, and the bass rollicks hard. The riffs take on a killer groove, as Harvey wails, “The final holocaust!” as things come to a devastating ending. “Altar of Slaughter” packs thrash into the mix, as wails of, “Kill! Kill! Kill!” deliver bruising. The leads infuse air into the picture, but then the vocals smash you in the head again, and things crunch right up to the abrupt end. “Mask of Fear” has vocals spat out, with the tempo grinding, and the rhythm section pounding away. The relentless chaos pushes from front to back, as the bass strikes out, and the songs blasts into oblivion.

The title track is speedy and meaty, giving off a Motorhead vibe. The band again delves into thrash goodness, and then Olivo’s soloing goes off and sets fires, leaving you blinded. From there, they hit a nasty punk vibe before spiraling out. “Funeral Bells” chugs and charges, with Harvey warning, “There’s no room in hell!” The grinding tempo chews up the road, but then things change up and take on a different vibe. Doomy winds start to blow, as bells chimes, and funereal winds blow shut the gates. “Compulsions” is speedy and spindly, with the riffs throwing back some major heat, and a hurricane-like force sending your possessions flying into the neighbors’ yard. Closer “Comatose” has a blistering start, with Harvey wailing about rotting in a hospital bed. The riffs dizzy and smother, while the vocals retain their power, and a massive dose of soloing brings a volcanic force that burns to the end.

Expulsion gives listeners a glimpse of what a post-“Horrified” future might have been like with their awesome debut “Nightmare Future.” These killer players deliver a strong, death-filled grind assault that’s dangerous but also fun to take on. Hopefully this band is only scratching the surface of their capabilities and have a full-length assault ready to unleash on us in the near (nightmare) future.

For more on the band, go here: https://www.facebook.com/ExpulsionOfficial/