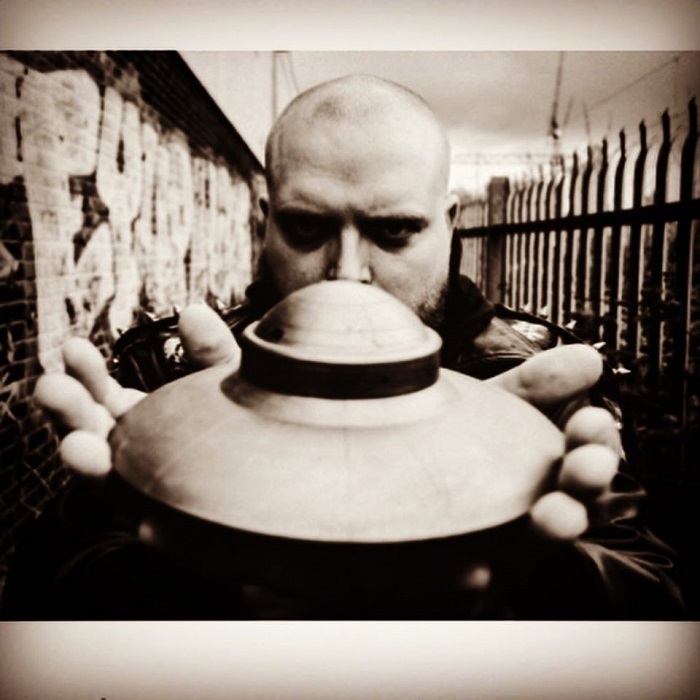 Physical injuries are pain are obvious, and no one ever questions them, because you can see someone in a cast or a neck brace or in bandages. People never seem to wonder about those things, likely because it’s something they can see. When it comes to mental wounds, those aren’t as apparent, and there are people in our society who dismiss them and wonder why people can’t toughen up. Would you tell someone with a broken back to get over it and walk?

Andy Curtis-Brignell, the creator behind long-running black metal project Caïna, has been one who let his scars and gaping wounds be displayed by the public. He’s been outspoken about the things that ail him, as anyone who follows him on social media can attest, and he also takes bullshit from assholes, because some people can’t help themselves but be shallow. Nonetheless, Curtis-Brignell never has let that deter him, and his return record under the Caïna banner, “Gentle Illness,” is here and is one of the most explosive in his catalog. It’s also one of the most diverse as this eight-track, nearly 38-minute album still simmers in black metal, but it adds more abrasive noise, jazz, and spacey visions to its palate, which adds interesting textures to a collection that’s steeped in pain.

“Wellness Policy” opens the record with noise stinging as a doctor asks a patient about her suicide attempt and what led to it. The track is dark and weighs down on you, leading to “Your Life Was Probably Pointless” that has guitars spiraling and Curtis-Brignell’s growls devastating. The track goes from heavily pummeling to pulling back and letting cold showers chill your bones, leading into strange shadows. Just then, savage fires erupt, keys plink down like ice daggers, and the track rushes out. “No Princes in Hell” is murderous in its approach while noise assaults, and the vocals hammer the mind. The track unexpectedly turns jazzy and loose, sprawling unexpectedly before the music strikes again, slashing before it bows to a cloud of noise. “Canto IV” is an instrumental cut that has beats crackling, soundwaves spreading, and voices echoing before the track reverberates and freezes out.

The title track has a sci-fi feel as it unfurls, while darkness rolls, and the track is torn from guts to chest. An electronic wave sizzles underneath a hammering salvo, and drums and beats rapidly strike, blistering, as a clip runs about overrun mental health clinics, ways to keep patients calm, and the striking line of, “Don’t think that because they’re mentally ill, they don’t know what’s going on,” soberingly sending a warning. “Contactee Cult” opens with the bass lurking, keys warming, and guitars lathering before knifing into flesh. A path of relentless, storming chaos moves forward, feeding into another jazzy bit with shimmering keys before an industrial haze swallows everything whole. “My Mind Is Completely Disintegrating” is a 7:14-long battle with panic as it slowly crawls while guitars arrive and wander, more jazz-filled pockets open and swallow you, and things spiral into the cosmos, allowing organs to rise before everything slips away. Closer “One Breath Under the Yoke Is a Fate Worse Than Death” jolts with an electronic shock, burning a path toward a sooty death march complete with fierce wails. Curtis-Brignell conjures manic hell that bursts and burns, increasing the intensity before things finally dissipate.

Mental illness and living with such condition are constant battles, something that’s never fully won, a demon that never really goes away. Curtis-Brignell captures the pressure and punishment one goes through when dealing with these deteriorating conditions on “Gentle Illness,” a record that could resonate a little too much and too deeply for those of us who suffer. Caïna’s music always is welcome in our world, and this record is devastating, but this is not music that’s easy to hear or digest.

For more on the band, go here: https://www.facebook.com/Caïnaband

For more on the label, go here: https://www.facebook.com/apocalypticwitchcraftrecordings/