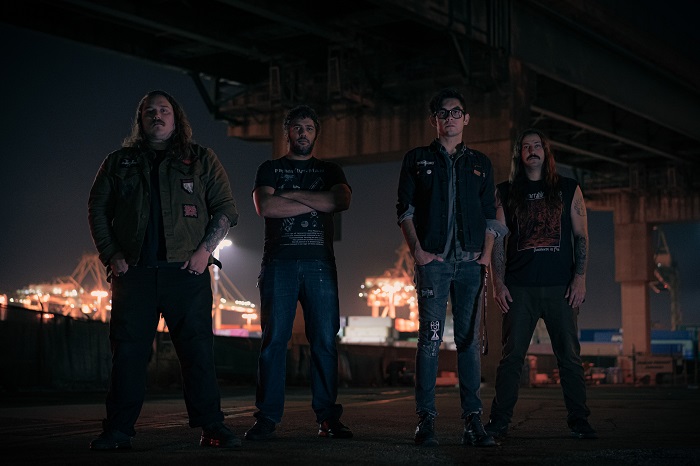 Chances are, you’re not turning to death metal to find a way to be uplifted and have your heart soar with positivity. Well, at least not in the conventional sense. No, you’re here because you expect skullduggery and darkness, elements that pull you under and threaten to never let go.

If that’s the case, and you’re sidling up next to “The Curse of Entropy,” the second record from California death squad Teeth, chances are you’ll feel right at home with this 10-track, 30-minute album. Their first in five years since debut “Unremittance,” the band sounds savage as ever, absolutely carving through these tracks with all the fat sliced off and fried up for good measure. I mean, OK, so they also happened to grab a guest spot from Gorguts legend Luc Lemay, which is cool as fuck, but even without that, this record is a ripper that dwells in elements of grief, loss, and hopelessness. That just hammers home the point I made in the intro that you’re here for dark tidings, and they are delivered in spades. The band—guitarists/vocalists Erol Ulug and Justin Moore, bassist Peter King, drummer Alejandro Aranda—land punches and obviously were channeled when they recorded this thing almost a year and a half ago now, and finally having this devastating album in people’s hands will be a quest worth following through. 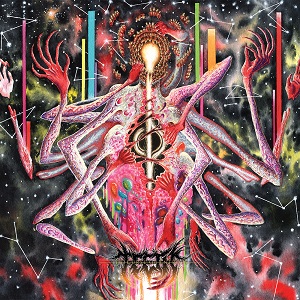 “Enlever” opens the record and just unloads with snarling growls, tricky playing, and complete chaos, making the most of the 1:55 run time. “Husk” features guest vocals from Lemay as the band brings fluttering riffs and complex, muddy mashing that scrambles brains. The track is merciless with mean shifts and sludgy hell that swallows the song whole. “Wither” continues with the onslaught with punishing growls, contorted playing, and leads that go right for the jugular. Means roars and nasty pounding amplify the song’s agenda and leaves you in the dust. “Collapse” is dizzying from the opening bell as growls gurgle and the melodies do their best to keep you confused. The devastation continues to spread and drive through your chest, while everything fades into a sudden light. “Birthright” is chunky and thrashy as the growls gut, and then things get fairly ugly. The track tracks mud through everywhere and we had just cleaned!

“Cretin” bleeds in from its predecessor as the drums disintegrate bones, and the guitar playing twists your brain inside your skull. Furious violence erupts as the growls sound like they’re choking on blood, and the track comes to a brutal ending. “Dread” has riffs powering and stampeding, leaving shit in a state of disrepair. Start-stop thrashing leaves ample bruising while there is a sense of urgent chaos in the growls that tear apart your nervous system. “Blindness” is utter demolition, a blinding assault from which you cannot protect yourself, so it’s useless to even try as they follow with a barrage of lurching growls and unprotected chair shots to the face (which we do NOT condone). “Entropy” is loopy as it starts, as its manic death trip heads toward corrosive growls and then unexpected atmosphere. The playing gets muscle caught up in its jaws as the track comes to a deadly finish. “Vessel” caps off the album by setting a sense of misleading calm before a slow-driving menace settles into the story. Roared growls and a heavy assault lead the charge, while psyche-mauling serenity and an echo chamber leave you prone and shaking.

Teeth’s return after five years is a massacre, pretty much, as “The Curse of Entropy” lands and hammers everything in front of it over its economical running time. This album and band serve to enrich what’s already an embarrassing amount of quality death metal we’ve been issued this year, and this late-year entry is one on which you definitely don’t want to miss out. Having Teeth back in our timeline is a gift that leaves you battered physically when you’re done visiting.

For more on the band, go here: https://www.facebook.com/teethofficial/