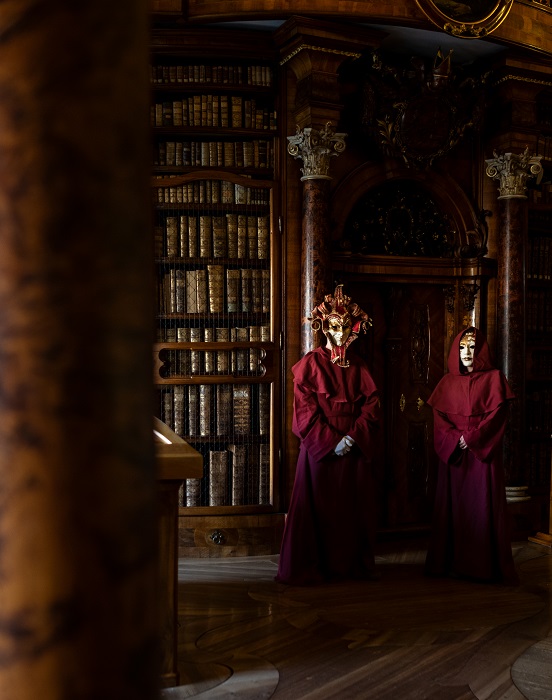 While it’s not illegal or frowned upon to feel energy or a semblance of good spirits during these times, it’s not the easiest shit to come by. We cover dark music, we feel inner turmoil based on so many things, and it’s just kind of easy to go negative because that’s so often the feeling of the day.

Not to take a total neck-jerk turn, but today’s a little different as we bring you “En Ergô Einai,” the stunning second record from Swiss black metal duo Aara, an album that will not let you wallow in your own shadows because it will rescue you from that by sheer force. Dumping an ocean liner full of melody into their atmospheric black metal, Aara deliver five tracks in about 33 minutes and add a sense of effusive power into what’s otherwise a sub-genre that revels in utter negativity. Not that the band—vocalist Fluss, multi-instrumentalist Berg (J played drums, while Blut Aus Nord’s Vindsval also contributes guitar)—isn’t prone to playing in some heavy shadows from time to time, but it always feels like after the storm, the sun comes out, the grounds dries, and there is some sense of warmth in what’s an otherwise fairly heartless world. The band is inspired by the Age of Enlightenment and see this record as homage to humankind’s striving for perfection and ultimate failure in that pursuit, but it doesn’t seem to revel in the loss. It’s a worthy successor to their great debut, 2019’s “So Fallen Alle Tempel” and it takes their visions even further. 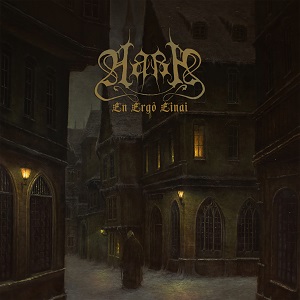 “Arkanum” slowly unfurls into a dreamy haze, calming your brain before the track takes flight. Melody sweeps everything away while Fluss’ harsh shrieks rain down, letting emotion surge. The music rages like a storm coming to take control as the playing hammers away, the shrieks leave welting, and the power doubles down, bringing the song to a triumphant burst of a finish. “Stein Auf Stein” has a power metal feel out front, especially with the guitars carrying on like conquering warriors. The scene darkens some as the mid-section of the song strikes hard, and guitars ring out, simmering in their own chemicals. A daring melodic charge is then mounted as everything speeds ahead, hammers are dropped, and classical-style metallic fire is spat across the land.

“Aargesang (Aare Li)” has bells chiming and a storm threatening overhead while synth fog creates the illusion of dreams, lulling you into a sense of calm that’s shredded about three minutes into the body. Fluss’ vocals ignite and char while the band spills colors throughout the song, the leads lap up whatever juices remain, and the track washes away. “Entelechie” has a huge start as shrieks smash boundaries and the guitars flex their muscles. The song spirals its way into your mind, exploring feverishly as the tempo is charged up. Fluss’ shrieks again register seismically, sounding like she’s spitting cinders, while final aggressive strikes allow the song to end in fireworks. Closer “Telôs” jars open with synth adding bright textures and the playing hitting high gear early on. Fluss’ shrieks drive as the blistering attack zaps all over the place, surging and pouncing before you. Leads flutter with power while the melodies explode gloriously, with the riffs continually coming back for more. A mix of angelic chorals and synth makes it feel like you’re transcending as chants and final smashing mix with an eerie last gasp.

It’s not a great time for anyone, and high points are hard to come by, but we definitely have one with “En Ergô Einai.” Aara’s music feels celebratory and devastating at the same time as this band looks back at a time when ambition was high, and efforts sometimes had to go down in flames in the name of progression. Aara mark that attitude of trying to crash through the ceiling of potential on a record that should stay in the minds and hearts of listeners for a long time to come.

For more on the label, go here: https://www.debemur-morti.com/