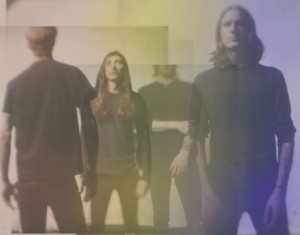 You know what I always found odd? I don’t like oranges, but I like orange-flavored things. Orange soda, orange drink, orange candy, orange cake, orange gum. All good stuff. The actual orange? Not so much.

I’m not sure I’m going to get the Vitamin C I’m missing by listening to the new, self-titled full-length from Portland doom rockers White Orange, but I’m sure willing to find out. Actually, my guess would be if anything of substance were to affect my body because a White Orange album was playing, it probably wouldn’t be all that good for me, if you catch what I mean. You do. 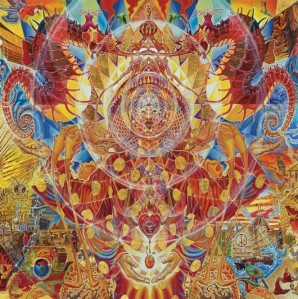 Anyhow, I’ve had my hands on their debut, that is just getting ready for release, for a few months now, and it’s been a bit of a strange trip for me. First few times with it I was OK with the music, but it didn’t quite resonate. I returned a few weeks later, and something about it caught fire with me, and now I’m spending a lot of time with the record. Part of this could be I now have a better pair of headphones, and all of the psychedelic color is coming at me full force. It’s a record that’s all over the map, as you can hear strains of Kyuss, Queens of the Stone Age, Dinosaur Jr., the glammed-out David Bowie era, really early Soundgarden and Mudhoney, and so much more. It’s kind of doomy at its base, but it swings. It has a lot of pre-grunge-explosion-era Seattle in the guitar work and melodies, and the vocals are clean and smooth, but with a snarl and attitude. It’s a really cool approach that, while it draws on many camps for the formula, sounds pretty unique compared to many of today’s bands of the same ilk. I could see these guys winding up on Tee Pee Records at some point.

The songs rock pretty hard, but calling them straight-up metal is a bit of a stretch. Still, I think for those who like, say, The Sword, High on Fire and even a band like Baroness could find plenty to enjoy on this disc. The nine-track effort opens on a gnarly, stoner-friendly note with “Where,” the song most likely to get you into a full-on brawl at one of their shows. Not that we condone that kind of thing. “Color Me Black” has a bit of an ominous feel initially, with a dark, almost Danzig-like lead-in, before it melts into a sludgy groove, with Dustin Hill settling into a Josh Homme-like croon; “Dinosaur Bones” has that early ’90s indie rock slide, like it could have been something on the “Singles” soundtrack, and is one of the catchiest songs on here; “Kill the Kids” is dark, abrasive and almost hardcore-minded; and dreamy ballad “Sigourney Weaver” closes the disc on a trippy, honey-dripped note that keeps ringing out in your head after it’s over.

White Orange are like a fresh-squeezed glass of doom rock, with chewy pulp and a kick. It’s a great rock record, front to back, in an era when those things are growing increasingly rare. The songs are a blast and might even get you digging back into your dusty cassette collection from an era when the term “alternative rock” existed and when stoner metal was a drop of water on the floor and not an ocean of a genre.

For more on the band, go here: http://www.facebook.com/whiteorangeband

For more on the label, go here: http://madeinchinarecords.com/