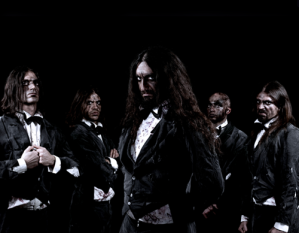 If you were into the first full-length and follow-up EP by Italian tech-death band Fleshgod Apocalypse, get ready to have your expectations shattered. In a good way or a bad way? That kind of depends on what you like in your death metal.

While always a band that relished in adding classical flourishes to their music, they really go full bore into orchestration on “Agony,” a record that certainly stands apart from “Oracles” and “Mafia,” both of which were released by Willowtip. The band moved to Nuclear Blast for this effort, and it sounds like they really put their money where their mouths are, beefing up the sound, adding a ton more dramatics, and overloading the thing with synth-lead symphonics. It’s an incredible-sounding album, one that just explodes from your speakers or headphones. But is it for you?

Most of the reaction I’ve seen to the record has been favorable, and I happen to really like the album and the changes that they made. It makes Fleshgod Apocalypse kind of stand out in the tech-death community and also cements them as one of the sub-genre’s most exciting bands. But there have been naysayers as well because, you know people. A band just can’t change without hand-wringing. And I understand that, too, even if I tend to have little patience with people who can’t handle when a group changes things up a bit, and as long as they don’t go too far from their core sound (um, Metallica), what’s the big deal? Let it sink in and maybe you’ll like it. 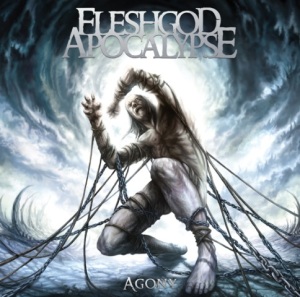 Anyhow, my review of the new Fleshgod Apocalypse is live over at Lambgoat. Check it out, read how I feel about the changes they made (I’m guessing you probably figured that one out), and look at some of the other stuff going on at Lambgoat. Also, if there’s a band you like who you’re fairly certain has a new record due soon, but you’re just not sure when, their release calendar is pretty comprehensive. Find the link to my review below:

For more on the band, go here: http://www.fleshgodapocalypse.com

For more on the label, go here: http://www.nuclearblastusa.com