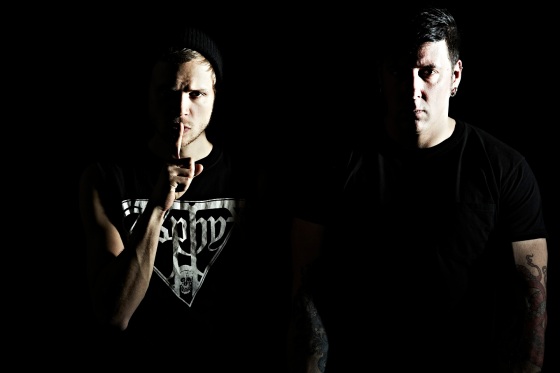 There probably isn’t a great way to die. After all, you’re dying, and that isn’t any fun, nor is it anything someone should look forward to happening. But there are a lot of ways, I think, that are worse manners to exit existence, such as drowning, succumbing to a long, wasting disease, or being eaten or buried alive. I would like to opt out of those.

Oh, death by fire also has to be on that list, because that would be absolutely painful and miserable. I was thinking about that when listening to “Death By Burning,” the debut album by mauling duo Mantar that has been bruising my hearing the last month or so. That would be an awful way to go. This Germany-based band brings it when it comes to violence and dropping a ton of bricks on you with their music, and some fingers could be pointed to bands such as Darkthrone, Motorhead, Eyehategod, Asphyx, and Crowbar as far as influence is concerned. These dudes make a ton of noise, fire up some great riffs, and just let loose their metallic power. 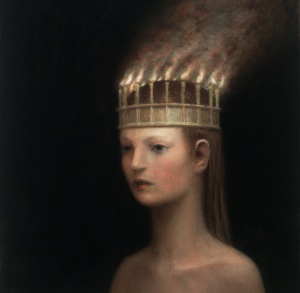 The battle team of vocalist/guitarist Erinc and drummer/vocalist Hanno only have been a band since 2012, and in that time they’ve released a 7-inch containing two songs that wound up on “Death By Burning,” and have obliterated senses live. Their music sounds like you’re going into a war. Yeah, it’s kind of fun and catchy in spots as well, but never do you get the sense they’re here to lift your spirits and fill you with sugary joy. There will be bodies littering the ground, blood spilled, and land dominated, if Mantar can have their way, and you’ll know you’ve gone through a beating once you hear these 10 songs. By the way, it might sound cliched, but the best way to witness this record is as loudly as possible. Maximum volume, everyone.

The record opens with “Spit,” a carryover from the 7-inch, and it is galloping and massive, with raspy vocals, simple but effective thrashing, and even some infectious melodies that stick to your ribs. “Cult Witness” has a rock and roll feel, something that pops up now and again on this album. The vocals are rough and raw, and the band finds a nice groove that is downright nasty. “Astral Kannibal” was my favorite track on the record first time through it, and it remains that way, with sludgy, bluesy riffs that stick in the earth, huge doses of heaviness, more ugly vocals that aim to scathe, and, and a nice bit of guitar chugging that could have your fists pounding in no time. “Into the Golden Abyss” pours more R&R influence into the mix but also gets thrashy and massive, with shouted vocals that sound directed right at your face. “Swinging the Eclipse” is full of mangling noise, as it boils slowly, mashes you up, and revels in its thickness.

“The Berserker’s Path” sounds just how you’re likely to think it will, as it rages forward, kicking up dust and collecting damned souls. The song is merciless and steeped in destruction, with battle cries of, “Warriors of the north!” “The Huntsmen” is fast and furious, with more menacing vocals that sound delivered through thorns, great guitar work and punishing drums. “The Stoning” leans heavily into its spoil of riffs, with throaty yowling, spacey guitar work, and threats of, “We’re the belly of the beast.” Acidic! “White Nights,” the other carryover from their 7-inch, is slow driving and melodic, with howls of, “Domination!” as you imagine the band gearing up for a war in which they’re entrenched for the long haul. Closer “March of the Crows” is a true oddball, as it runs 7:49, remains instrumental, and finds the band branching out their sound into the atmosphere. There is plenty of doom smoke and oppressive drone, heavy noise glaze, and meaty riffing that, along with the drumming, create a picture of total chaos, a warfield in its aftermath as the survivors look to pick up their, and their comrades’, pieces.

Mantar’s first metallic blast is a very impressive one, and “Death By Burning” is the first real surprise of the year from a band seemingly coming out of nowhere with something wholly great. As this band goes forward, it’ll be interesting to hear what they do with their sound, if some influences end up eclipsing others, and how their songwriting develops. Amid the chaos and choking blackness of their debut, there is so much to be excited about with Mantar. You can just feel a great band in your bones, and Mantar is one of those that can turn them to powder.

For more on the band, go here: http://www.mantarband.com/