Each year, there are those monumental releases that you wait for, devour once they’re in your grasp, and roll around in your head for weeks as you try to determine what it means to the world and, most importantly, to your own experience. We’re so very lucky to have one of those for you today, perhaps my personal most-anticipated record of 2014.

We have not gotten a full-length record from Baton Rouge, La., sludge/doom band Thou since 2010’s incredible “Summit,” a record I specifically remember hearing for the first time on my way home from work, after a particularly brutal day, and being overwhelmed by the depth of the music. I recall e-mailing label owner Adam Bartlett on my way home (at a red light, of course, by how blown away I was by the record, and that feeling remains to this day). Part of the reason for that reaction is because I already was a major fan of their first two full-lengths “Tyrant” and “Peasant,” and the song “Fucking Chained to the Bottom of the Ocean” has been my favorite track in their discography. Well, until now. The advancements I heard were just profound. 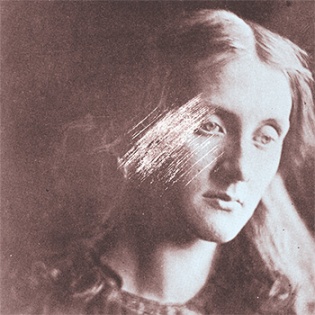 In late March, “Heathen,” the fourth full-length record from Thou, arrives. Just having the music in my possession was cause for great elation, and the first trip through it was practically ceremonial. This band has meant a lot to me ever since they came to my attention when their first album was released, and to me, they are the most important doom metal band out there right now. I don’t know the band personally, but from having read some of their interviews, I’m sure they’ll brush off that statement and keep forging forward with the menace and hunger they’ve always had inside of them, but for me, modern doom begins and ends with them. There are no other bands that make me feel inside my soul what this band makes me experience, and there are very few vocalists who can match the intensity and boiling humanity of Bryan Funck, who enunciates as well as any vocalist in metal. You feel and experience every word and phrase, and the lyrics are something worth poring over for hours, which is especially the case with “Heathen.” In fact, if you want to check out the words in advance of hearing the music, go to the band’s site (listed below), and you can read them for yourself. But as impactful as they read, they gain a million pounds when delivered by Funck.

I also have been a little hesitant and intimidated to write this review, because after having fully digested “Heathen” after so many listens, I want to make sure I do justice to this record. It is yet another gigantic leap forward for Thou, their most-realized record to date, and one of the best doom-based records I have heard in a long time. Having the respect and admiration I have for Thou, I also was nervous taking on the album because I didn’t want to be disappointed. That notion washed away immediately as I realized I was in the grasp of a document people will remember for years and that for sure will be in my personal collection until the day I die. I know those words sound hyperbolic, but I’ve had ample time to weigh these thoughts and figure out exactly how I feel about “Heathen.” It’s a triumph on every level, as it revels in subject matter such as agony, steadfastly living in the present and rejecting any notion of future or everlasting existence, sexual frustration, the power of nature, and so much more.

“Heathen” opens in as calculating a manner as possible with 14:32 “Free Will,” as the band lets sounds build, makes tensions, rise, and sets the stage for the song’s water bursting several minutes in when Funck howls, “Open your eyes and exalt, exalt in this fragile world!” This is where he directs your attention to living in the now, making the best uses of the resources you have in front of you, because who knows when your number is up? The song has some incredible ups and down, some pits of vicious sludge, and when Funck growls, “There is no such thing as time, there is no such thing as negation,” the hairs on your arms can’t help but rise. “Dawn” is an interlude, one of three instrumental cuts on this record, and it leads into “Feral Fawn,” that begins with quiet guitars from Andy Gibbs and Matthew Thudium (their work complements each other perfectly), that leads into a punishing outburst, with animalistic vocals, and emotional playing by all members (including bassist Mitch Wells and drummer Josh Nee), with the final two minutes of the track burning particularly brightly. “Into the Marshlands” feels mournful at its start, and out of that grows molten, infectious melodies. Funck observes the decaying influence of urban areas and humankind’s journey further and further away from nature, as he commands, “We must return to the womb, to the heart of vitality, wherein lies the strength, the marrow, the pulsating blood.” It’s hard not to be affected by those lines and the fact that everything he says hits home for me. “Clarity” then trickles in, another interlude, to take you to the second half of the album.

“At the Foot of Mount Driskill,” a reference to Louisiana’s highest natural summit, is yet another piece admiring the hugeness and majesty of nature and realizing our smallness in comparison. The song drives slowly, as guitars conjure a foggy feeling, and the whole band works to just drub you. There are cleaner melodies lurking underneath all the crunch, and, as usual, Funck grasps the subject matter by the throat and delivers his words with humble conviction. “In Defiance of the Sages” also is clubbing and nasty, as Funck once again demands existence in the presence and eschews those who live too much in the past and too far into the future to be productive and meaningful right now. It’s a powerful message we all could use. “Take Off Your Bones and Dance In Your Bones,” is a longer instrumental piece that is clean, dreamy, and buzzing. Then comes “Immortality Dictates,” a song that is one of my favorites in their history and rivals aforementioned “Chained.” The song is gorgeous in spots, and sobering, as Funck’s companion Emily provides vocals that are as sobering as they are lovely. Of course, the song itself is damaging after it grows out of its deathrock-style opening, as it moves and grinds at you, with vocals sounding like they’re right in your face. Again there are reminders of the present, as well as the unmet desires that can torture, and the refusal to live freely within those wants and needs. Toward the end, Emily calls, “You know that I love you, here and now, not forever. I can give you the present. I don’t know about the future.” It’s just an amazing song. Closer “Ode to Physical Pain,” just like the opener, takes its time to bloom, with a quiet, humming introduction, and a Western feel to the music before it ignites. The song is bludgeoning but also solemn and melodic, and as the track goes on, the band builds layers of burly, dark, filthy playing that works perfectly, with Funck insisting, “Lasting wisdom only exists in abandoned fields, in the dusty swamp, on the burnt out plains, on the desolate hillside.” It’s one final massive dose of reality for a record overflowing with it, for the good.

Thou’s power and meaning is unmeasurable, and their influence on modern doom and sludge metal might not be completely at hand yet, but it will be soon. A record like “Heathen” should stop the world in its tracks, should cause other artists to take notice, and should make listeners rejoice in having a document so heavy, honest, and true. This band is one of the most important going right now, and they are a true representation of the spirit of the underground, and a group that has plenty of personal meaning to me. All hail “Heathen,” a record that already has a ridiculous head start toward the best metal recording of 2014.

For more on the band, go here: http://noladiy.org/thou.html