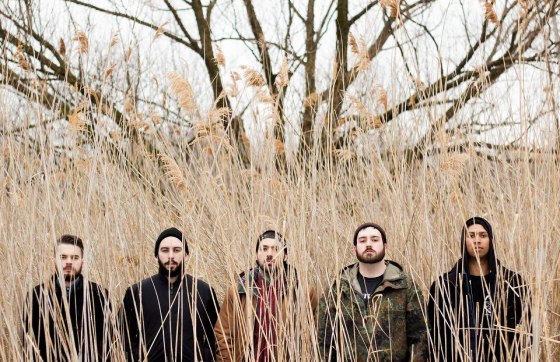 It’s a great feeling being able to put on a record and immediately getting yourself caught up in what the band is doing. In my myriad of complaints about modern music well documented on this site, this is another thing that doesn’t happen to me nearly often enough, so when a band that can conjure that experience comes along, it’s something I don’t take lightly.

Tackling “Disgust,” the debut full-length from hardcore-minded Montreal band Hopeless Youth, led to me being overtaken by the band’s power pretty much immediately. You can just feel in their music that they mean every little ounce, and their passionate delivery will grab you by the neck and pull you under if you’re not careful. Their youthful exuberance comes across in waves, but they also have a tenacity and execution that bands in the business for years, putting out heartless record after heartless record, would love to capture in a bottle. Comparisons? Think Converge, Heartless, Cursed. You could imagine this band taking over a small show–in a club, in a living room, wherever–and making it feel like it’s a much bigger thing than it is. That’s not something every band can do, and Hopeless Youth’s grasp of this seems to indicate that the more ears they get their music in, the larger the audience is going to grow. This group sounds like they’d fit nicely on the Deathwish Inc. roster, but Candlelight Records wisely snapped them up (they’ll make nice labelmates with Earth Crisis) and are putting out this dynamic debut. Great move. 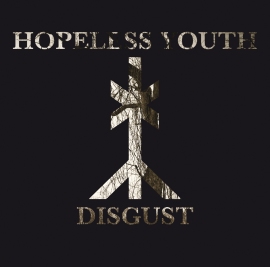 You’ll notice vocalist Julien Gauthieer right away, as his energy, forceful shouts, and strong enunciation make him someone you must pay your total attention, and I can only imagine the volatility he provides the band live. Along with him are guitarists Denis Desfoges and John Donnelly, bassist Anthony Harrison, and drummer Yann Therrien, a band that certainly feeds off hardcore strains but also adds elements of death metal, punk, post-punk, and post-rock to the sound so that there’s both explosiveness and variety. The band also wisely gives you 10 tracks that are over in just 27 minutes, so there’s enough here to capture your attention, but they know how to give you the right serving and not bloat themselves.

The record opens fittingly with “Battlefield,” a raucous dose of melodic hardcore that’s energetic, catchy, and driven hard by the throaty, raspy vocals. That song washes out and leads right into “Ghost,” a song you may have heard on some corner of the Internet, as it’s thrashy, gnarly, and snotty, with vicious riffs, maniacal power, and a deadly breakdown that could get your face punched. “We Were Told” opens with some blast beats, as the song is fast and crunchy, with Gauthieer shouting diatribes such as, “Crack open my skull so I wouldn’t think.” The song eventually chills a bit and lets a nice post-rock edge slip in. “Rain of Arrows” pretty much enters, destroys you, and leaves before you know what hit you, while “Faithless” has imagery of “drowning in frozen water,” confrontational thrashiness, and even some atmosphere that lets you have a few breaths of fresh air before they go for your throat with one final burst.

“Failure” kicks in with some post-punk stylings, letting them explore their darker melodic side, but then its gets sludgy and doom-infested, with some interesting melodies, and a final gasp filled with harsh growls. “Burnt Offering” is the most metallic track on the record, as they delve unabashedly into crushing death metal territory before they launch into punk-fueled aggression. There is plenty of noise and feedback to batter your eardrums, and Gauthieer’s vocals reach a crazed, unhinged level. “Divided United” explodes out of the gates, with forceful shouts and more hardcore punishment, and that leads into “Hellhounds,” another track that does not waste time spitting shrapnel. The song is violent but melodic, with inflamed vocals that include revealing lines such as, “When you look closer, the scars go deeper.” The record ends with “Abomination” that rises out of a pocket of noise and then runs headlong into awesome riffing and strong melodies that swell amid the carnage. Gauthieer repeatedly howls, “Walk the line!” as the band crafts another world-bursting breakdown that develops organically and should make all the blood in your body hit an instant boil. Awesome finish to a really strong debut.

Hopeless Youth are a definite bright spot for modern hardcore and proof that there are bands that are not interested in painting by the numbers and doing things according to some sort of time-honored formula. How refreshing. They are explosive, infectious, and the absolute real deal, and if they keep coming up with records as strong as “Disgust,” they could become standard bearers in very short order.

For more on the band, go here: https://www.facebook.com/hopelessyouthband

For more on the label, go here: http://www.candlelightrecordsusa.com/