D of Woods of Desolation

Metal is there to make you feel many of the feelings, be that power, anger, energy, or even sadness. There are plenty of bands you can lump into any emotional category, enough that you can carve out an entire collection and adhere only to that music, which speaks even more highly of the varied approaches one can take to making this kind of music.

Depressive metal is pretty self-explanatory. There is sadness and darkness imbedded in the music, and you’re not really supposed to come away feeling good about yourself or your surroundings. It’s depressing, after all, and if you need a place to wallow and immerse yourself in negativity and tears, this is a great place to do it. I guess you can make a link to artists more on the suicidal bend of metal such as Xasthur and Lifelover if you will, but the intent isn’t necessarily to wallow in ending it all. It’s more to align with your own darkness and express it. Get it out. Maybe understand yourself more and feel a little better for the bloodletting.

One band that’s done an amazing job of this is Australian black metal band Woods of Desolation, a group that really hasn’t gotten it’s due yet in North America but really could with their stunning new record “As the Stars.” This thing could unite fans of Alcest who wish the band still worked more in metal than shoegaze and those looking for something to go next to their Deafheaven records, as this thing easily should please both camps. That also marks a bit of an alteration for Woods of Desolation, because their music generally sounded very gritty, washed out, and completely murky, with the vocals buried deep in the mix. But on this one, I even have to wonder how depressive most people are going to find the album because it feels so utterly bathed in light. It feels like an album that’ll work perfectly with the coming days of spring, as we in the States crawl out of our frozen death and into new possibilities. I say all of this very positively, by the way, because I think the record is an absolute stunner. This is the best thing Woods of Desolation ever released, and even if it isn’t meant to feel brighter than their previous work, you can’t avoid that sentiment. It’s one hell of a great twist to the band.

Woods of Desolation is the brainchild of D, the guitarist and visionary for this project, who has led this project since its beginnings in 2005 and has surrounded himself with various musicians to help him achieve his visions. On this record, he is joined by vocalist Old (Drohtnung, Wardaemon), bassist Luke Mills (Drowning the Light, Nazgul), and drummer Vlad (Drudkh), who play their parts excellently. Specifically, Old really brings personality and passion to his vocal work (not a surprise, by the way) and is the ideal mouthpiece for what’s going on here.

The record begins with “Like Falling Leaves,” a melodic, surging track that up front emotionally and is a really great composition. This can make your heart flutter as it hits glorious highs and dark lows, and some of the vocals sound like they’re emerging from a thick mist, trying to lure you to somewhere mysterious. “Unfold” has a clean trickling intro that eventually lets blinding sun burst through and drench you. The vocals are a bit washed out, to give you a sense of detachment, the melodies and heartfelt and true, and the end gets a little mean with some gruff vocals that aim for clean but feel gritty. “And If All the Stars Faded Away” opens melancholic and tender before it ignites into metallic power, with thick, shrieky vocals, wholly emotional playing, and a finish that practically gushes colors of all sorts.

“This Autumn Light” opens with dark, clean guitars, gnashing vocals that go for the throat, drums that crush and bruise your body, and guitars that glow and blind you with beams of light and energy. “Anamnesis” is an instrumental that has a strong post-rock feel to it, an inviting tone that might embrace people beyond metal’s reach, synth that bleeds into the track, and plenty of ever-changing, evolving melodies. “Withering Field” has sing-songy growls, demonstrating Old’s ability to reach for approachability, and the guitar work just envelops and enraptures, showing both D’s creative imagination and penchant for bearing his soul with his playing. Closer “Ad Infinitum” begins with a poppy bend to it, with brighter shades and accessibility, and there is a large shoegaze influence to this track. Guitars surge once again, gleaming beams of power illuminate everything, and the track has an uplifting feel to it once it fades off into night. Maybe that’s not its intent, but that’s what I get out of it. I don’t have access to the lyrics, so it could be a total misread, but I know how the music makes me feel.

Woods of Desolation have another great album on their hands, but this one has a wider reach and could find the project swelling its audience if the music can reach enough people. This also is the tightest lineup the band has had, and it would be great to hear these same people make the next Woods of Desolation album. “As the Stars” is a record you should go out of your way to hear, and even if it is darkness you seek, you might find that a little light is good for the soul.

For more on the band, go here: https://www.facebook.com/woodsofdesolationofficial

Northern Silence has a few more black metal-oriented releases out now, alongside of this killer Woods record. Here’s a quick capsule of each album, all of which are worth checking out. 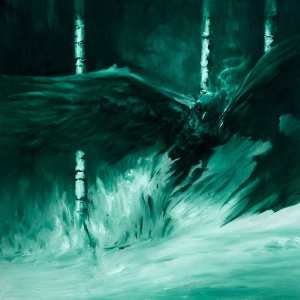 Swedish band Nasheim finally are getting to us with their debut record, the wonderful “Solens vemod,” an album you might not understand lyrically since it’s all sung in their native tongue. But the music should have no problem penetrating. They offer up four tracks on this album that are all epic in length but make enough twists and turns to keep things interesting and compelling. There are elements of doom and post-rock included as well, and the vocals delivered by Erik Grahn are full of passion and anguish. Murky melodies, destructive songs, and a sense of dread and sorrow are there in full, making this one black, compelling listen.

For more on the band, go here: http://nasheim.bandcamp.com/album/solens-vemod 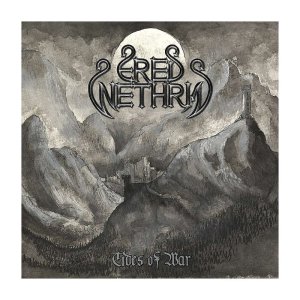 Ered Wethrin (named after the Mountains of Shadows in Middle-Earth) might sound like a strange beast out of a strange forest in some undiscovered land, but they’re actually from Salt Lake City, Utah, a place that has exploded in the past few years as far as metal is concerned. Their new “Tides of War” is full of Tolkien-worshipping fantasy, melody, and wonder, with the raw, creaky vocals of sole member Sven Smith making it sound like Gollum is going to climb out of your headphones and onto your chest. These songs span the 10-year life of this project and waste no time capturing your imagination. There’s a symphonic element to what this group does, but it’s far more in the Summoning sense than, say, Dimmu Borgir Disneyland weirdness. It was worth the wait finally getting a record from this project, and hopefully there’s a lot more from this folklore-inspired artist in the future.

For more on the band, go here: https://www.facebook.com/eredwethrinofficial

In the same vein as Ered Wethrin come Emyn Muil (named after the rocky hills near Rohan), a one-man black metal force from Italy that actually manages to take the Summoning thing a little further and delve fully into what I lovingly call Zelda metal (just because I can imagine hearing this while being killed over and over again as Link). There are keyboards galore, plenty of fantasy influences all around, and vocals that can sound almost chant-like at times. Northern Silence is reissuing the band’s 2013 effort “Turin Turambar Dagnir Glaurunga” so that more people can revel in this Tolkien-heavy, epic wonder, and yeah, it might sound a little cheeky to those who need their black metal all serious and sinister. But if you like a sense of adventure in your music and don’t mind feeling like you’re about to soar on the wings of a dragon, you will find a lot to like about this band and this record.

For more on the band, go here: https://www.facebook.com/EmynMuil

To buy any of these records, go here: http://shop.northern-silence.de/

For more on the label, go here: http://www.northern-silence.de/