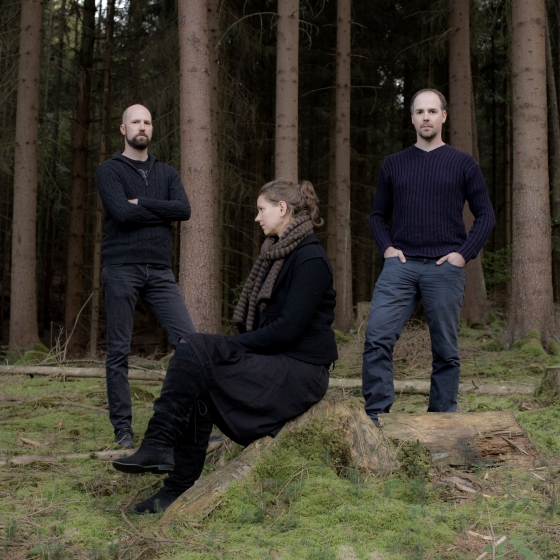 There have been more than a few entries on this site where I describe music perfect for dealing with contentious situations and all-around garbage life events so that you don’t lose your mind and starting punching your walls bloody. Most of those records involve hellish bands and uncompromising heaviness that match the chaos brewing in your head.

Well, today’s a little different, and unfortunately, I’m writing these words because I’m smack in the middle of the bullshit and could use something to balance me. It also just so happens that when I planned my review subjects week ago, that I’d be talking about “Palingenesis,” the new record from German neofolk unit Nebelung this week. Turns out their music would be spending a lot of time soothing my aching head and evening out my exploding nerves over the last few days, something to which I’d usually turn to the most heathen black metal to solve. But that’s why sometimes the universe actually aligns with you after it screws you, so this music was even more heavily embraced the past few days than it was the last month. 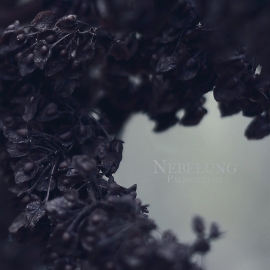 Nebelung is not a metal band by any stretch, though their record is being released by Temple of Torturous, home of acts such as Fyrnask, Fall, and Spectral Lore, that all have delicate and atmospheric elements and all kind of exist on the outskirts of pure metal. This trio, comprised of Stefan Otto (classical guitar, steel-string acoustic guitar, piano accordion, Indian harmonium, hammered dulcimer, glass harp, frame drums, chimes, bells, rattles, voice), Thomas List (steel-string acoustic guitar, classical guitar, field recordings), and Katharina Hoffmann (cello), keeps things aligned with nature, quite rustic, and even morbidly calm at times. Their music is utterly gorgeous and emotionally affecting, and at some challenging times the past week, they’ve helped me get a grip and relax, as I’ve been able to dissolve into what they’re doing on this incredible record, their third long player overall.

So yeah, you’re not going to get evil growls, sinister riffs, blasts, or Satanic transmissions. But if you get into the quieter, folkish parts of bands such as Agalloch, Ulver, Amber Asylum, Wovenhand, or many of the bands on the Bindrune Recordings roster, chances are you’ll like what you hear on “Palingenesis.” Hell, you just have to be an open-minded human being unafraid to identify delicate beauty in your music, and you can be swept away without even realizing it.

The record opens with “Mittwinter,” a haunting song for which they just made an equally moving video. Dark acoustic guitars conjure up spirits and create a picturesque sound capped off by woodsy dynamics, sweeping strings, and hushed vocals that trickle along underneath. “Polaris” is a moody one, with plucked guitars, whispers fluttering about as if a million souls are trying to reach out, and thick strings generating an unmistakable haze. “Nachtgewalt” has more picked acoustics, some hammered dulcimer that lets darkness drop like rain, thick cello, and eventually a sense of calm that rises up out of such smokiness. The emotion conveyed in this one is very thick, and it’s sure to creep inside your heart.

“Aufgang” is sweeping and delicate, as the cellos take control and weave their mysteries over the song. The song has particularly soft moments and is a perfect opportunity for the listener to achieve a state of meditation to balance out any tension. Trust me, it works. “Wardlung” is the longest song on the album at 14:32, and much of it works to create a soundscape, remain in that terrain, and keep building on top of it. It’s more of a hovering song for the most part, with trickling acoustics, a calming pace, and a very natural flow that eventually changes with about five minutes remaining. Then, the tempo plods and bobs, as if floating on the water’s surfaces, and it creates a mesmerizing conclusion to the track. “Innerlichkeit” is the 9:21 finale that’s a highlight piece, of sorts, for Hoffmann’s amazing cello work, that she uses to create a dark, misty picture that plays along with the other strings and elements working alongside it, with everything eventually fading out into the night. It’s a finish that’ll rob you of your breath.

Nebelung might not be for your Cannibal Corpse crazy, but I think most metal fans have open minds and can find solace in something like this amazing record. “Palingenesis” sure has leveled me off after a heavy dose of tumult, and it’s especially welcome during these later days of winter, when we’re still being bombarded by nature and often trapped inside to admire its majesty. This music works perfectly with that and just might broaden your horizon,

For more on the band, go here: https://www.facebook.com/nebelungofficial

For more on the label, go here: http://templeoftorturous.com/