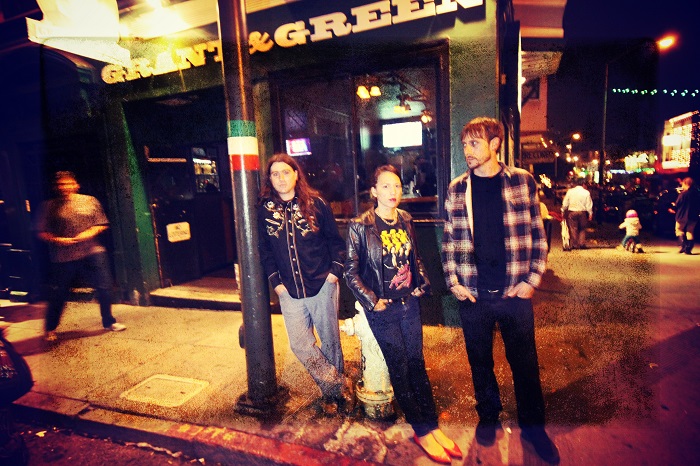 Creating challenging music that stands apart from a growing world of like-minded bands can’t be a thing that can take place overnight. That’s why a lot of bands that aren’t run-of-the-mill creators aren’t ripping out records each year, because it takes time and care to put out art that moves them and is worth their while to release into the world.

On that note, San Francisco-based doom until Grayceon is one that has been sporadic in their recordings, but when they do come back with a new record, it’s always a unique journey separate even from even their own work. It’s been seven years since the band’s last full-length “All We Destroy,” and after a five-year hiatus, Grayceon have returned with their fourth record “IV,” an eight-track, 40-minute effort that’s challenging musically and emotionally. The band, consisting of cellist/vocalist Jackie Perez Gratz (she also has worked with Giant Squid, Amber Asylum, and many others), guitarist Max Doyle, and drummer Zack Farwell, continues to examine progressive doom, sludge, and experimental rock, and their music continues to enrapture as it morphs into its current form. This is not music you necessarily can demand from a band on a regular basis, so when it arrives, you immerse yourself and try to bask in the band’s power while it’s still here. 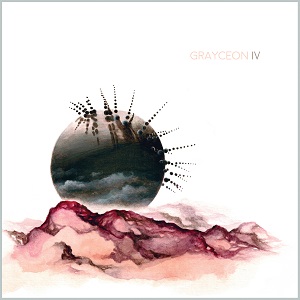 The record starts with “Sliver Moon,” a solid opener with guitars driving, the cello whipping up, and Perez Gratz’s singing pushing the way. It’s a propulsive number that’s a nice reintroduction to the band and gateway into what’s next. “By-the-Wind Sailors” begins with drums rupturing and soft vocals floating over calm waters. Screams erupt, as Perez Gratz calls, “We’ve had our time, time of our lives,” as her cello swells and the band navigates through chaos and choppy seas. “Scorpion” is punchy and ominous, as Perez Gratz warns, “She waits patiently,” as she waits to strike her victim, unassumingly. The track clubs away, opening wounds, as the track bleeds and surges before washing away. “Let It Go” is one of the centerpieces of the record, and not because it’s in the middle. It’s a slower, heartfelt track where Perez Gratz pleads, “If you find the one you love, don’t let go.” The track eventually gets more volcanic, with harsh screams and the tempo pushing, and later when the song fires up again, as the chorus is delivered more forcefully but with no less sincerity than its initial, more tender version. Great song.

“Slow Burn” feels deliberately named as it starts, with the guitars churning away and then joining alongside the cello in battle. “Respect should be in your vocabulary,” Perez Gratz spits, as she questions attitude and motives. “What if you knew then what you know now? How would I have changed your mind?” she continues, on a song that has words we all should consider a little more closely these days. “The Point of Me” has a fiery open, with string stinging, and Perez Gratz calling, “I want to live life in the sun,” trying to eschew woes and try to grasp another ray of happiness. The track gets tricky from there, with all elements tangling and bringing prog thunder. “Pink Rose” goes back to delicate, with minimal instrumentation and Perez Gratz softly singing, “Mama, take me home.” Closer “Dreamers” is a final supercharge, and at 7:37, it’s the longest song. Guitars awaken, while the cello aches, and Perez Gratz’s singing soars, especially on the chorus when she declares, “We are dreamers!” Smudgy pounding leads to a false finish driven through a wormhole, and on the other side, the march renews. From there, we’re on an instrumental journey that sparks and revels in progressive power before slowing fading out.

Grayceon have been one of the most interesting, captivating bands in heavy music, and all of that remains in place on “IV.” No other band sounds quite like them, and the three members sound rejuvenated and firing on all cylinders after their time away. This is a record that’ll take you many places musically and emotionally, and it’s a great gift to have Grayceon in our presence again, continuing to build on their already impressive resume.

For more on the band, go here: https://www.facebook.com/grayceon