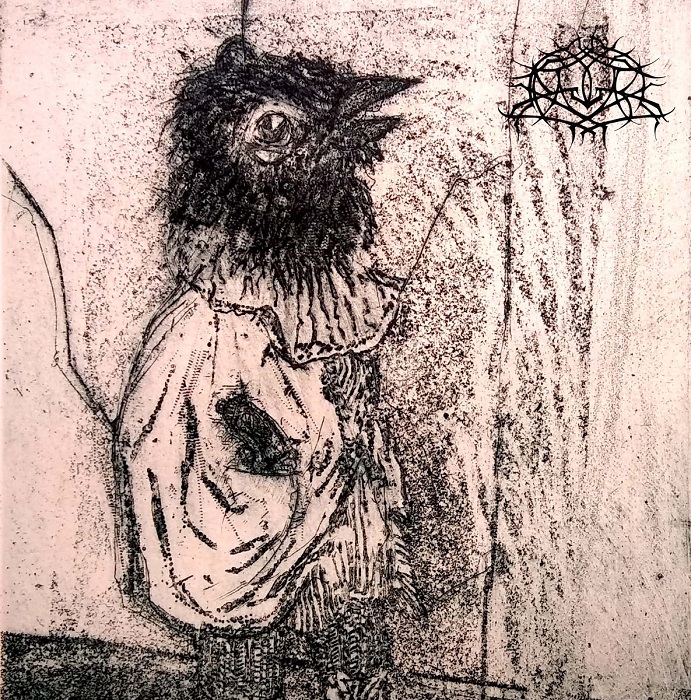 I woke up New Year’s Day morning, and I went straight to the Bandcamp app to see if there were any surprise releases that day. It all stems from when I arose Jan. 1, 2016, to find a new Krallice EP “Hyperion” had dropped suddenly, with no prior warning, so I’m trying very hard not to get fooled again.

Lo and behold, the NYC black metal experimentalists waited nine days longer than I anticipated to deliver another surprise EP, as this time the band dropped “Wolf,” a five-track, 15-minute offering that finds the band as their most compact yet when it comes to compositions, as well as at their weirdest, which is saying something. You’ll definitely recognize the band as Krallice when you tackle these songs, but they are playing with your mind here, sometimes slowing things down, at other places cutting you off at the pass just when you think the adventure is starting. They still deliver mind-bending black metal that has become their calling card, and they do that better than anyone else, but the added wrinkles add another element of mystery from the guys—bassist/vocalist Nick McMaster, guitarist/vocalist Colin Marston, guitarist Mick Barr, and drummer Lev Weinstein—as they insist on remaining cosmically unpredictable and volatile.

The title track gets things started, and at 5:26, it’s the longest song on the record. Things begin spaciously, as sounds float on clouds before barked growls rip at the skin and start the bleeding. The pace is doomier than usual and moves slowly at times before the leads light up, and the song blends into the ether. The track is strange and hypnotic before unleashing a proggy burst that goes all over before the song ends. “The Mound” crushes and thrashes right away, as the vocals are roared, and the playing is tricky as hell. The song sends spew flying, as the playing bashes and corrodes, eventually dissolving into strange noise. “.:.” is a brief 15-second crush of prog fury, almost like you’re dipping in and out of a dream, before going into instrumental cut “Church” that has the bass slinking and the guitars slurring and spreading pain. The music spirals and expands, as guitars swirl in the air, and different melodies are poured into a blender and melded into one liquid. From there, ghostly winds arrive, giving an eerie feel that eventually folds into space “Time Rendered Omni” ends the exercise with a killer riff rising and killing, the song heading to the races, and your psyche being challenged. Death growls strike and gurgle, fueling the final minute of savagery that is dragged behind once the gas pedal is struck, with everything ending abruptly.

“Wolf” currently is a digital-only release found on Krallice’s Bandcamp, though Gilead Media announced a physical version will follow. This is yet another strange turn for the band, which shouldn’t be a huge surprise as they always seem to come back with something a little different. Krallice remain one of the most creative, ambitious bands on the planet, and as long as that trait remains, we’re always bound to get something captivating with each release.

For more on the band, go here: https://www.facebook.com/krallice