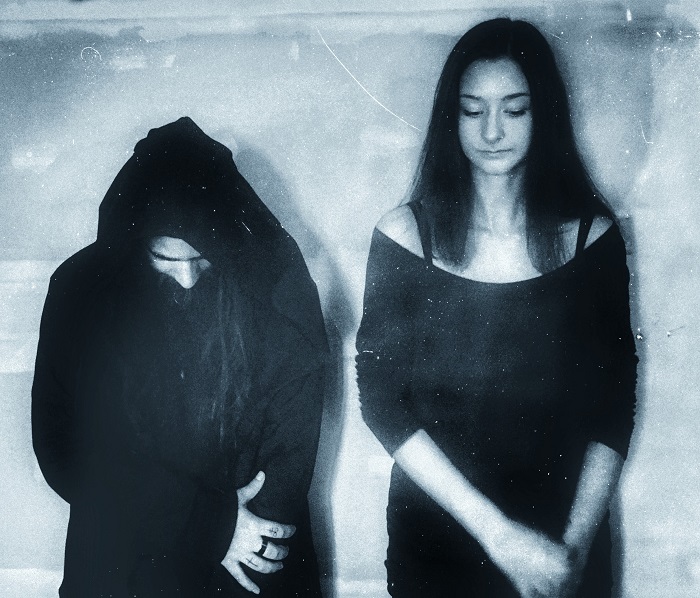 Not all pieces of artwork get their just due in their time, which is a shame that something isn’t appreciated during its actual run. That can happen for any number of reasons, be it a matter of something not getting enough exposure, the means for distribution not being there, or the work just didn’t register at a particular time.

For Belgian doom duo Slow, one of the most fittingly named bands in metal, they don’t have to wait beyond their time for one of their records to get the attention that it deserves. While “IV: Mythologiae” was released into the world in 2015, it wasn’t produced in large numbers, meaning not a whole lot of listeners got their hands on it (at least physically), and since then, the data files for the music had been lost. That was a huge shame for a collection that stirring and strong, their fourth full-length album at the time, but that all has been remedied. The band—guitarist/drummer/vocalist Déhà, bassist/lyricist/concept artist Lore B.—decided to go back and revisit the music, re-record it, and now will put that music back out into the world to greet those who missed it the first time, or who just want to have a physical copy. The band also included a previously unheard song onto the initial five-track effort, a nice bonus on top of finally having a strong version of the album to grasp again.

“The Standing Giant” starts the record floating through clouds, with calming passages sending chills and whispers encircling. The track slowly rips open, delivering a crushing emotional toll, with the pain welling up in your chest. The song is majestic and sad before it dissolves into a bath of sounds and withers away. “The Drowning Angel” has a long, wandering intro, coasting through the cosmos and stratospheric pressure before guitars chime in deep into the song, and growls roll like thunder. The track gets harsh and wrenching, twisting at your guts, while the back end reveals a death-like elegance and a massive, flooding finish. “The Suffering Rebel” begins delicately, as guitars trickle like water from an ice collection before the glacial power is unleashed. The track lurches along like a hulk before cold waves wash over, and we’re back to a slower, gushing tempo. Fluttering synth picks up and creates steam before the track melts into the fog.

“The Dying God” is spacious and eerie as wordless calls are emitted, and even some clean singing works its way into the mix. The track then begins to change slowly, leading into skull-crushing growls, the music raining down, and the playing bleeding toward horrors. The vocals begin to leave scars, as sad melodies and utter darkness envelop, calls ring out in the night, and a strange, angelic shadow swallows the thing whole. “Sorrow’s Shadow” (formerly called “The Promethean Grief”) is the final track from the original version of the album, and it begins pounding, as growls hulk over the surface. The mammoth tempo carves into rock before chills arrive, and echoes scramble your brain. Slow mashing and blistering howls lean into bloody melodies, as the riffs spit anguish, the playing tears muscles, and everything comes to a devastating finish. “The Break of Dawn” closes the new version, and it’s a previously unreleased track that feels right at home here. Synth clouds gather overhead as the track eases into its hold before the song breaks open, and the growls crush heavily. Guitars cut through the fog, as sorrowful melodies soak the ground, yet some rays of sunlight break through to warm the earth. Keys take over and spread, while clean calling haunts before the anguish bleeds over. The track floods and gushes blood with everything crashing out in echoes.

Better late than never for this band, Slow giving us a redone, remastered version of “IV: Mythologiae” is a gift for all fans of their calculated-driving, atmospheric doom. Typically, re-recorded albums are not ones we choose for Pick of the Week, but this music is so strong and moving, we couldn’t help but trumpet this collection to more people in hopes they’ll take a chance on it. Slow is a band we’ve liked a hell of a lot over the year, and having a killer new version of this album is a treasure that will return all year long.

For more on the band, go here: https://www.facebook.com/slowdooom