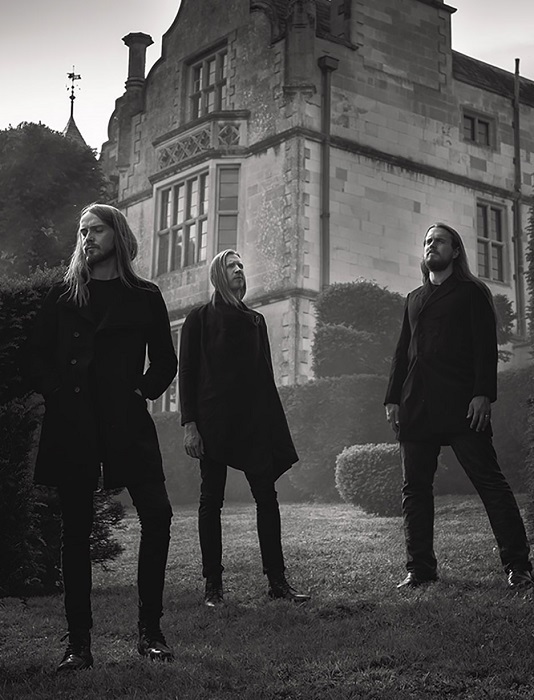 There is your run-of-the-mill science-fiction that is ripe for being turned into motion pictures the public will devour, and then there’s the hardcore shit that takes research to understand half of what’s going on. To be honest, I’m super into the latter, essentially because I’m a gigantic dork and can’t help myself but get lost in those things.

When it comes to warped metal machine Lychgate, they definitely fall into the spectrum of content you need to thoroughly research if you want in on everything that’s going on. I mean, you can just show up for the music and be fine, though it’s also on the challenging side as well, but you’re not that kind of listener, are you? I’m not. I have to know everything that’s going on here, so that took me to endless Google searches when tackling the band’s new EP “Also Sprach Futura,” their first for Debemur Morti. Here, the English band delivers four mind-bending tracks that visit topical terrain such as the evolutionary theory of transhumanism; simulacra and simulation, a philosophical discourse by French sociologist Jean Baudrillard; and the fictional Golem XIV, a military AI machine that begins to create its own consciousness. That’s just scratching the surface of what the band—vocalist/guitarist Greg Chandler (Esoteric), guitarist D. Lindsley, and guitarist/keyboardist/organist C. Vortigern Young, bassist K. Webb, and drummer J.F. Vallely—jam into a 20:24-long effort that isn’t too much to take from a time a standpoint but will break your brain.

“Incarnate” punches open as organs sprawl all over, with zany chaos exploding unchecked. Buzzing singing and furious growls smash boundaries as the pace dizzies, keys flutter, and the track ends in a pool of drama. “Progeny of the Singularity” has a super proggy start before organs rumble, and a death-style assault tears open doors. The playing is ugly, hellish, and intimidating, with clean calls registering behind the madness. An eerie strain washes through and chills while the track gets heavier and muddier with the bass hammering. Ferocious shrieks run wild, with the song mauling before a flash finish. “Simulacrum” percolates and drips as slow chugging bruises, and clean calls perk ears. The track is even breezy for a stretch before lurching growls rupture calm, and the playing scrapes raw skin. Clean strangeness wafts in and adds more confusion before the body is shredded, and the final punches clean house. “Vanity Ablaze” ends the collection with the organs haunting before crunchy thrashing gets under way. Vicious growls mix with a clobbering pace before melting into a cold front where the guitars drip before turning into ice. Fires solve that problem as they ravage the cold, twisting and contorting, while the growls spit cinders, and pastoral organs swallow everything whole.

Lychgate long have created difficult music for complicated people, and like the theory of transhumanism, the band does seem to be progressing beyond their earthly coils on “Also Sprach Futura.” There’s a lot to dig into here, and with each layer comes more complications you must deal with in your mind. It’s a good stepping in point for those who have yet to approach Lychgate and want a quick glimpse, but afterward, there’s no undoing this experience that alters realities.

For more on the band, go here: https://www.facebook.com/Lychgate

For more on the label, go here: https://www.debemur-morti.com/en/